Sometimes, the company of good friends along with a glass of whisky is all you need to have the most perfect time ever. Often referred to as a gentleman’s drink, there is a lot more to whisky than its smooth and fine taste. Whisky is a distilled alcoholic beverage produced from fermented grain mash, classically aged in wooden casks that give it a unique brown colour as well as a distinct flavour that people love. If you are a whisky lover, you must know how single malt whisky differs from double malt whisky. And if you don’t know, here’s your chance to learn.

Here’s all you need to know about the two varieties of whisky:

Single malt whisky is one of the most popular liquors, and people enjoy drinking it all around the globe. The phrase ‘single malt’ means a type of whisky which is distilled at just one distillery and is kept until it matures before it is finally bottled. Sometimes single malt is mixed with other whisky casks to get a suitable flavour.

Single Cask or single barrel whisky refers to the type of whisky which is made only from the single processed grain mash. None of the previously produced whisky is combined with it. Moreover, at the time of packaging, every whisky bottle carries detailed information about the cask from which it came.

Blended whisky or double malt whisky is made by mixing several types of malt, grain and other additives that impact the flavour of the whisky. A majority of modern whiskies are made in this way, and the names Irish, Scotch, or Canadian whisky almost always describe a blended whisky. An alternative is a blended whisky, which is a mixture of whiskies that have been made at different distilleries and usually of different ages.

Single or Double Malt: Which One to Choose?

The single malts have a fruity softness with a little more of a dry finish, in contrast, a blended whisky has a more lingering finish, which is preferred by a lot of people. Despite being more expensive, single malt does not necessarily have a higher quality. Furthermore, single barrel whiskies come with more inconsistencies, and it’s challenging to produce a consistent flavour because of the idiosyncrasies from barrel to barrel. Rockdove from Hermes Distillery is a premium whisky which offers sophisticated, remarkable and exquisite flavours. This whisky brand by Hermes Distillery is specially made for the success-oriented new generation. Rockdove meets the highest of standards, making it exclusive as well as extraordinary for ages.

In the end, it all comes down to personal taste and preference. The flavour of the whisky on your palate should be the most enjoyable and rewarding part of drinking whisky. Different parts of your tongue and mouth respond to different flavours and stimuli. It is widely believed that it is the complexity of the finish in whisky is what distinguishes it from all other spirits. Whether it’s single or double malt whisky, you should always pick the one which appeals the most to your taste buds.

Milksha, Voted No. 1 Milktea by Taiwan’s University Students, is coming to Singapore with a $2 discount

Milksha is voted no. 1 by university students and well-loved in Taiwan. The brand’s mission of using only…
byIrone Kim 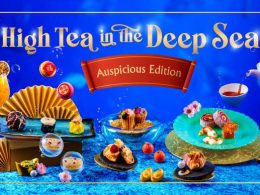 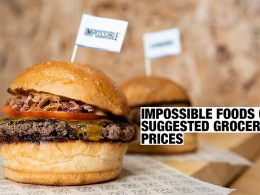