Eden Ang’s current predicament is quite similar to the one that Hollywood Star Aziz Ansari facing right now.

Read about the accusations against Eden Ang, some of which call him an alleged sexual predator.

Take a look at how these two men may be in situations that echo each other.

With the wave of sexual harassment allegations battering the Hollywood community, it certainly isn’t a surprise that more and more complaints surface. But what was surprising for a lot of people was that the latest set of allegations were directed at Aziz Ansari.

According to a lengthy post from Babe.net, Aziz made his date extremely uncomfortable with his “persistent attentions” when he and the woman went up to his apartment.

The woman detailed how Aziz allegedly kept making overt sexual overtures while the two of them were in his apartment. This was after the two went on a date earlier that evening.

Eden was accused in a similar fashion. In a lengthy post published on Kuroe Kun’s cosplay Facebook account, she detailed how one of her friends was allegedly harassed by Eden. The cosplayer detailed that Eden had allegedly asked her friend to wear a thong and to take off her pants to show off the thong.

She also accused Eden of allegedly spanking her friend and touching her inappropriately.

Both celebrities have their own following, and have cultivated an image of being a clean-cut, good guy.

Aziz, who is primarily a comedian and an actor in Hollywood, has one of his most famous skits as targeting people who were and weren’t feminists. His spiels usually include reading normal people who engage in normal activities such as dating and socialising, where he usually highlights the difficulties that women face when moving in public life.

His latest Golden Globe Win for Master of None simply highlights the complete turnaround and puzzlement with regards to the accusations hurled against him. For a guy who isn’t seen as slick but someone sympathetic and understanding of women’s hardships, the allegations of sexual harassment is simply dissonant.

Eden, as well, has the same image. He has constantly been trying to improve himself physically and banks on his physical transformation for his fame. His YouTube videos concentrate mostly on his fitness journey and poking fun of popular culture tropes that are currently trending.

A YouTube video by internet celebrity and influencer Dee Kosh has mentioned that Eden’s accuser is an 18-year-old who was hired to be his personal assistant.

In this, they are also the same. Aziz has denied that he sexually harassed Grace, but he said that he was not aware that she had any protestations to the attentions he gave her.

Nonetheless, he has said that he is sorry for causing her harm and has reportedly contacted her to make apologies and speak on the matter.

Eden has also denied the allegations but that is where the similarities end. He has called the accusations malicious and has mentioned that he’s filed a police report. He has thanked his supporters, family, and friends for being with him during this time.

Both men and the allegations against them have divided the public who are interested in their cases. For Aziz, some are in shock and are finding it hard to accept that someone who is outspoken about women’s rights to have allegedly treated a woman as she said.

As for Eden, Singaporeans are noisy on both sides of the fence. Some blame the girl for agreeing to Eden’s supposed demands while others say that she is brave (and so is Kuroe Kun) for speaking up. Dee Kosh has asked Eden to answer the accusations and some questions on his YouTube channel.

What do you think? Is Eden Ang our very own Aziz Ansari? Known for its iconic beverage aesthetics and taste, The Alley continues to make waves in the international food…
byIrone Kim

This bui bui singer, PSY from Korea is really satki. His infectious Gangnam Style song and music video is…
byalvinology Another day, another awful traffic incident–and we didn’t even need a personal mobility device (PMD) to get this…
byDanielle Ann 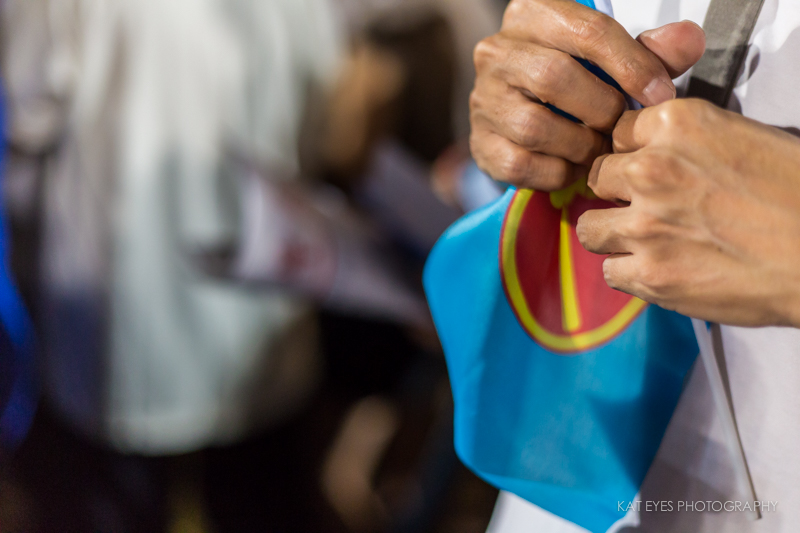 As I get updates of the sample counts coming in for GE2015, my heart sunk. It looks like it…
byalvinology