The Rio Olympics may be all the rage now, but Mongolia also recently held its own sporting extravaganza – the annual Naadam games.

I’ve been wanting to attend this festival since I read about it a long time back, but due to scheduling problems, I couldn’t attend it the first time I was in Mongolia.

This time round, I planned an entire trip around Naadam, and I got four friends to go along with me.

The festival, which was held on July 10-13, centers around the three “manly sports” of horse racing, wrestling and archery.

These sports have been practiced since the time of 13th century warlord and national hero Genghis Khan, and competitors come from around the country to take part in the festival.

But before the Naadam sporting competitions begin, there are a number of national ceremonies and concerts, which makes this an exciting period to be in Ulaanbaatar, Mongolia’s capital.

And now, for the main event – the Naadam games!

But first, something interesting about wrestling.

You may notice that the wrestlers are wearing a costume (zodog) where the front is open but tied at the bottom with a simple string knot, exposing their chest.

According to legend, on one occasion a wrestler defeated all other combatants, then ripped open the zodog to reveal her breasts, showing everyone that she was a woman.

From that day, the zodog had to reveal the wrestler’s chest.

Actually, we found the opening ceremony much more impressive than the actual games as there were too many spectators and we couldn’t get up close to the action.

The archery event was particularly bad as we only managed to see President Elbegdorj shoot his arrow, and even then it wasn’t a good view.

So some say the countryside Naadams are better as they allow you to get up close and personal, and it’s generally a more intimate affair.

Well, I guess there’s only one way to find out. 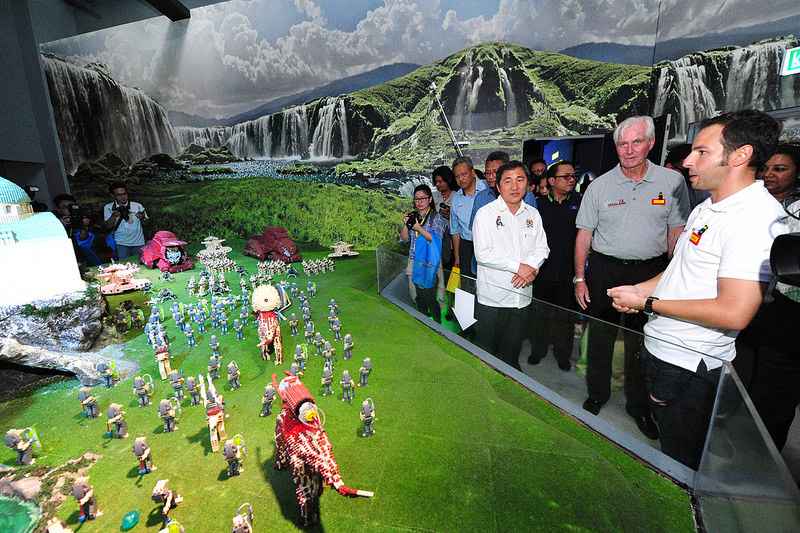