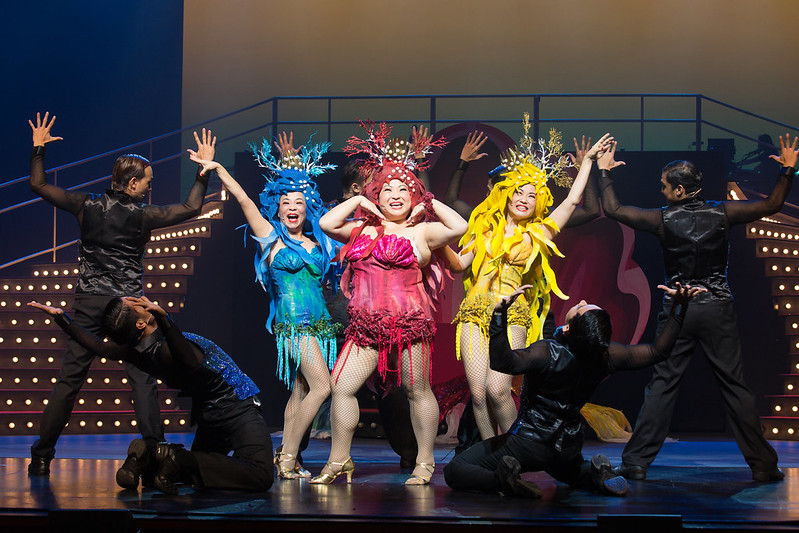 Selena Tan and Pam Oei were joined by their newest Dolly, Denise Tan as well as Hossan Leong as they charmed the audience with their quick-witted sass and wickedly candid humour.

It’s clever to divide Singapore’s history into “B.C. (Before Crying)”, referring to the iconic television moment in Singapore’s history where our first Prime Minister Lee Kuan Yew broke down in tears when we were forced into independence by Malaysia in 1965 and “A.D (After Drying)”.

Well, the depth of the narrative had to be compromised. Nonetheless, the colours are definitely there (in fact, the stage and characters were extremely colourful visually). Instead of sticking to the official gahmen-sanctioned textbook narrative which we are familiar with, the late veteran opposition politician, Mr. J.B. Jeyaratnam‘s role in history was acknowledged and Operation Coldstore, a part of our history which tends to be whitewashed, was given colours.

The latter was depicted with the use of fruits and a cold storage fridge. I am not sure if the less well-read will find the scenes rather obtuse and out-of-place, but I like that it was included to at least provoke curiosity.

Most of the show focused on the rule of the Lee father and son, with Goh Chok Tong, the “seat warmer” prime minister’s contribution covered in a single rap song which was one of the highlights for me, quite likely because those were my growing up years as a 80s baby who grew up in the 90s.

My favourite scene was the one featuring all the past social engineering mascots: 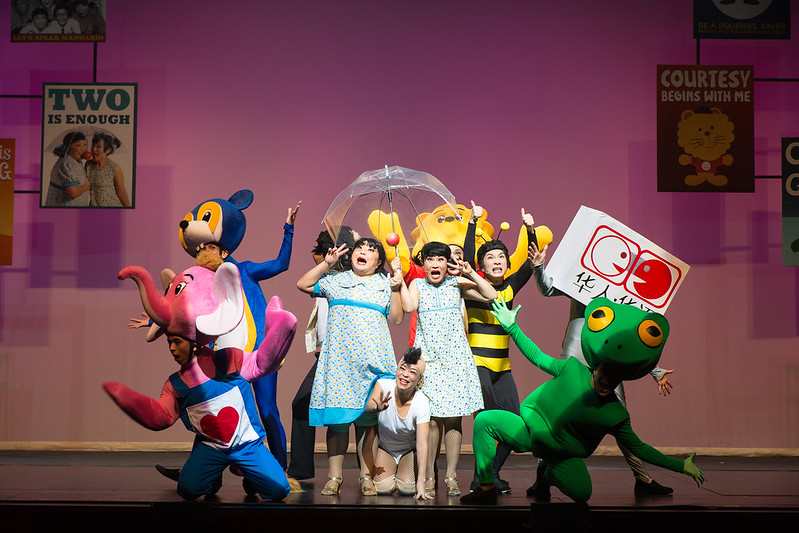 They bring back fond memories of all the forgotten meddling which our overly paternalistic government was involved in during our earlier years of nation building.

The scene which received the loudest laughter from the audience was the one featuring China-born athletes, highlighting the tension between Singaporeans and “New Citizens” in a humourous manner: 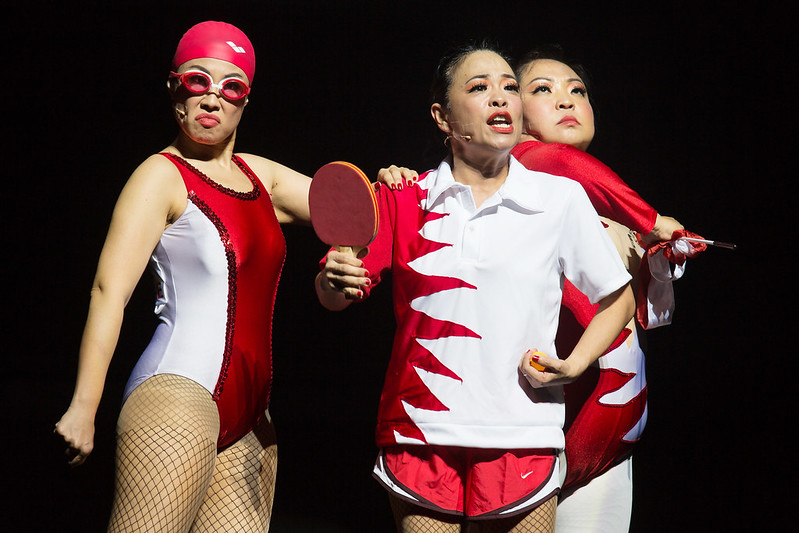 No one was too big to be spared from the Dim Sum Dollies parodies and spoofs:

The show ended with a protest in Hong Lim Park, by local flowers, enraged by the influx of foreign flowers in recent years. Sounds familiar? 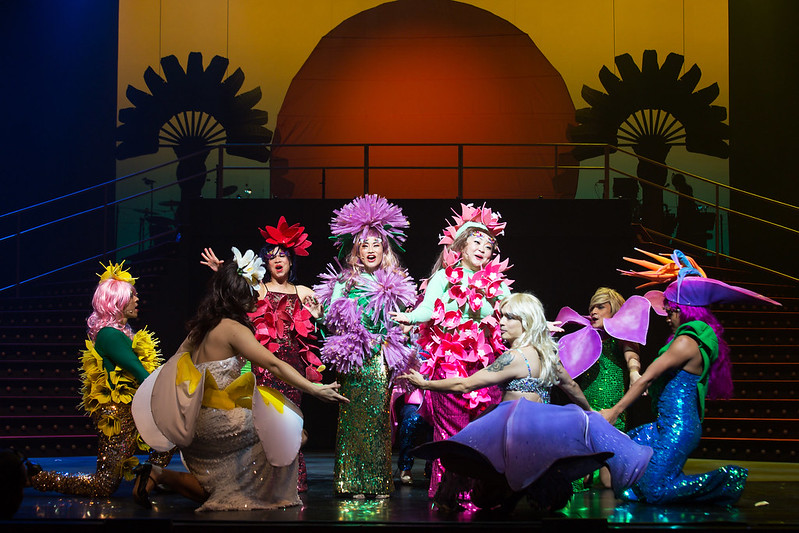 There are encores performances at the end, be sure to stay till the very end:

If you are expecting lofty political statements and satire, this is not the show and I am glad it isn’t. Rather, a fun roundup of our Singapore history, through a few key iconic moments,  that’s what made this show so delightful to watch.

I quite like it while my wife loved it.

Dim Sum Dollies – The History of Singapore Part 2 is now showing in the Esplanade Theatre till 23 December. Go catch it before it’s over! Rachel and I spotted the Heritage in Photos blogging competition in the Straits Times a few weeks ago…
byalvinology
Hello. Add your message here.
See how Snapask has been helping out over 3 million students around the world. Find a perfect plan