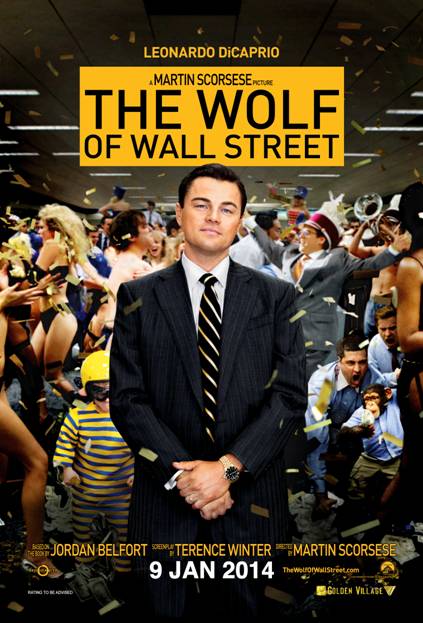 The Wolf of Wall Street is a 2013 American film directed by Martin Scorsese, based on Jordan Belfort’s memoir of the same name. The screenplay was written by Terence Winter, and the film stars Leonardo DiCaprio as Belfort, a New York stockbroker who runs a firm that engages in securities fraud and corruption on Wall Street in the 1990s.

Based on Jordan Belfort’s true story, the film documents his rise to a wealthy stockbroker living the high life to his fall involving crime, corruption and the federal government.

I read Belfort’s memoir back in 2009 and wrote a review on it.

The book was a fascinating read, detailing the havoc wreaked upon both others and Belfort himself as he fell under the influence of money, sex and most of all, drug addictions. To me, it reads like a cautionary tale of what can go wrong when a young man makes too much money, too fast.

The film largely kept to the tone of the book, with excessive emphasis on Belfort’s sexual exploits with prostitutes, employees, his trophy wife and his nonchalant attitude towards drug abuse. If you find the film excessive on vice indulgences, believe me, the book is worse.

Nonetheless, I think this brings out Belfort’s true character even more since he was the one who penned his autobiography and set the tone for it. Obnoxious and smirky, you get the sense that Belfort seems pretty proud of what he has “achieved” and is not at all remorseful for his crimes.

Leonado DiCaprio was the perfect guy to play Belfort btw. He was really convincing – going from the fresh faced newbie stockbroker to one of the richest and most obnoxious crook in the world.

I enjoyed the movie very much. More so than the book whereby Belfort dedicated too many pages detailing his sexual conquests.

The film is aptly rated R21 in Singapore and is now showing in cinemas. Go catch it if you are above 21 and ready to sink into the world of vices.  🙂 New Balance is set to launch a new range of sports and classic sandals! Sports Sandals and Slides…
byKaryn Cheong

Yotsuba&! (よつばと!, Yotsuba to!?) is an ongoing comedy manga series by Kiyohiko Azuma, the creator of Azumanga Daioh.…
byalvinology 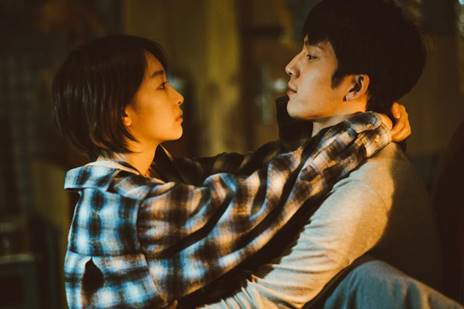 Netflix Inc. has announced that Us & Them from award-winning actress and first time director, René Liu will be available…
byKaryn Cheong