Frozen II is an animated musical fantasy film from Walt Disney Animation Studios that is the sequel to the 2013 hit film, Frozen. It features the return of directors Chris Buck and Jennifer Lee, along with the same line-up for producer, songwriters and composer.

It has been a good six years since Elsa first unleashed the infectious “Let It Go” worldwide hit song to the world and it is about time for an update.

Set three years after the events of the first film, Frozen II follows Elsa, Anna, Kristoff, Olaf, and Sven who embark on a journey beyond their kingdom of Arendelle in order to discover the origin of Elsa’s magical powers and save their kingdom after a mysterious voice calls out to Elsa.

The film has done very well at the box office so far. It has grossed US$464 million worldwide, and had the highest all-time worldwide opening for an animated film. Not just that, reviews are mostly positive.

Why was Elsa born with magical powers? The answer is calling her and threatening her kingdom. Together with Anna, Kristoff, Olaf and Sven, she’ll set out on a dangerous but remarkable journey. In “Frozen,” Elsa feared her powers were too much for the world. In “Frozen 2,” she must hope they are enough.

Overall, I found Frozen II enjoyable, but still pales slightly in comparison to the breathtaking impact of the first film. The storyline is darker, including a backstory with betrayal and murder which the sisters have to right the wrong.

I get it that the Frozen narrative centres around the bond of the two sisters, Elsa and Anna, but the women empowerment messaging did come across too strongly for me in some scenes – like the one where Kristoff sung a soliloquy tune to lament his love for Anna as the token male character.

In comparison, the snowman Olaf got considerably more meaningful screen time to add colour to his character and was quintessential to the storyline.

The new theme song, “Into the Unknown” is just as karaoke friendly as “Let It Go” and should resonant very well with the same audience. Did I also mention that Elsa got a costume update? Little girls and young at heart around the world can now cosplay in the new Elsa costume and break the Internet with videos after videos of them lip-syncing or singing the new Frozen song.

Frozen II is now showing in Singapore cinemas, perfect for the festive period for the whole family. 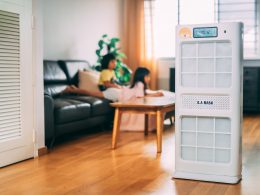 The face and places that defined Singapore on TikTok this 2019

To celebrate the year’s conclusion, TikTok unveils the celebrities, creators, challenges, music hits and more made 2019 a…
byIrone Kim A wedding destination like no other at Treasure Bay Bintan

If Bintan strikes you as just another island destination for a short weekend escapade, think again. This unforgettable…
byAsia 361
Power up your child's learning with Geniebook.
Sign up for free demo
This is default text for notification bar
Learn more