In just 3D2N, we tried out the following dining options within Raffles Hotel:

Overall verdict: Excellent! You cannot get enough of good food. The buffet brunch with it’s wide spread of international cuisine and seafood is definitely a hit with Singaporean foodies, used to variety.

The Empire Café will not be too relevant for Singapore diners. It serves a good selection of local hawker fare in the comfort of an air-con environment with attentive waitstaff and decor maintained to look like a coffeeshop from olden Singapore. Foreigners will find it interesting, but Singaporeans will probably find the prices too steep compared to what they can get from regular hawker centres.

Rachel and I enjoyed ourselves at Long Bar the most. We indulged ourselves in the guilty pleasure of tossing peanut shells casually on the floor and leaving a whole lot of mess in following with the tradition at the bar. It feels great to be sipping Singapore Slings at the very place where it was first concocted – fyi, the cocktail was developed sometime before 1915 by Ngiam Tong Boon, a Hainanese bartender working at the Long Bar in Raffles Hotel Singapore.

Back then, it was not “lady-like” for females to be seen drinking hard liquor in public. The fruit punch appearance of the Singapore Sling makes it an ideal disguise for ladies to consume alcohol in public without appearing too vulgar.

I am not much of a drinker, but I would highly recommend guests at Raffles Hotel to visit the Long Bar, order a Singapore Sling, sit back, relax, crack some peanuts and enjoy the live band performances there, letting yourself teleport back into colonial Singapore. 🙂

To read all my blog posts on Raffles Hotel, click here.

There are a few hotels in the world whose names have become virtually synonymous with the cities in which they are located – and none more so than Raffles in Singapore.

Named after Sir Stamford Raffles, founder of Singapore, Raffles Hotel opened in 1887 and soon became the haunt of intrepid travellers from around the world. Regular guests included Noel Coward, Joseph Conrad and Somerset Maugham, who describe the hotel as embodying “all the fables of the exotic East.” Through their stories, The Long Bar, the Palm Court and the Bar & Billiard Room with its tiger, became familiar to people who had never even been to Singapore.

While preserving its atmospheric teak verandahs, gleaming white colonial facade and magnificent Gieves & Hawkes-clad doormen, Raffles is very much part of the modern, vibrant city of Singapore. It is now the proud flagship of the nine strong Raffles Hotel & Resorts.

Akita, the “True North” – discover the off beaten track of Japan and feel the quintessential Japanese experience 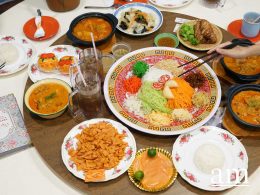 If you are a curry lover, Curry Times, the sister brand of the iconic homegrown brand, Old Chang…
byalvinology 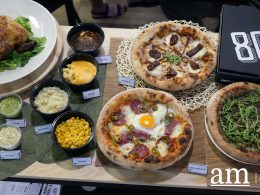