Widely compared to the acclaimed crime and social critique writer, Stieg Larsson (of whom I am a fan), Villain (Akunin in Japanese) is Shuichi Yoshida‘s eighth novel.

Villain is the winner of two prestigious literary prizes in Japan — the Osaragi Jiro Prize and Mainichi Publishing Culture Award. It was also adapted into a 2010 film starring Satoshi Tsumabuki, Eri Fukatsu and Akira Emoto. The film was award-winning too, sweeping a total of five Japanese Academy awards in 2011.

With such glowing credentials, I had high expectation of the book. I am glad to say that it did not disappoint. The book was so arresting I finished reading it in two days.

The story is really simple: A young woman is brutally murdered in a remote mountain road. A young construction worker and a rich college student are on the run. Which one of them is guilty?

Through the unraveling of the murder mystery and getting to know the multiple characters involved, the reader is brought into a dark side of Japan, tainted with loneliness, sex hotels, social economic divide, among other social issues. There lies the subtle appeal of the book with a quiet yet frightening grasp of how everyone, no matter how normal on the surface, always has something to hide.

The villain is such a sad character that you sympathise with him at some point; the victim is not as simple as she is portrayed to be; you also feel the anguish and pains of the family members of both the criminal and victim, dragged into the limelight.

Now that I have read the book, I am going to get my hand on a copy of the movie:

I bought the book from Kinokuniya bookstore, but I believe it should be available at other major bookstores in Singapore too. 🙂 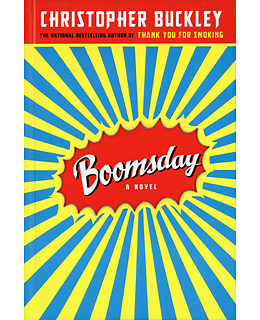 Boomsday is a 2007 novel by Christopher Buckley, which is a political satire about the rivalry between squandering…
byalvinology

Hong Kong director, Dante Lam (林超贤) is one dude who digs violence, philosophy and manly rivalry. This is…
byalvinology