Do you remember this joker Jonal Chong with his amazing photoshop skills?

Here are a few previous blog posts to jolt your memory:

Well, it looks like his shop in Orchard Central been repossessed and shuttered! The dude has also pulled a disappearing act on some of his customers who have signed hefty unused packages with his salon. More details via this news report in AsiaOne.com:

The Singapore hairstylist who made false claims of styling the hair of Hollywood A-lister Nicole Kidman is in trouble again.

Mr Jonal Chong’s plush salon in Orchard Central has been repossessed and shuttered by its landlord, Far East Organization, for failing to pay rent on time.

When my paper visited the salon on Sunday evening, the salon’s equipment, furniture and cash register were still visible through the mesh shutters.

A repossession notice pasted on the closed shutters read: “This unit is therefore now in the possession of Orchard Central Pte Ld.”

Customer Sandra Tan, who bought a $500 package with the salon just last month, was shocked to learn about the news.

“I purchased the package because the staff assured me that the salon had a good credit rating,” said Ms Tan, 38, an administrative assistant.

She approached the concierge at the customer-service counter for help and was given two mobile-phone numbers to call. She was given a third number after she told the management that the first two numbers were no longer in use. However, calls to the third number went unanswered, while attempts by my paper to contact Mr Chong also proved futile.

Since the salon was repossessed, “quite a number” of customers have approached the front desk for assistance, said a concierge.

It is not clear how much Mr Chong owes in rent, or how many customers have been left in the same predicament as Ms Tan.

In January, Mr Chong was exposed by my paper to have made false claims about being Kidman’s “exclusively appointed hairstylist”.

my paper published a questionable photograph of him standing next to Kidman, leading the Consumers Association of Singapore (Case) to investigate his claims.

Mr Chong later admitted that he had not styled her hair before. He apologised and took down all pictures of Kidman from his shop that he had used to promote his services. He also promised not to make such misleading claims again.

In March, he changed the salon’s name.

Ms Tan has lodged a police report and a claim with the Small Claims Tribunal.

“It’s not so much about getting back the money, but preventing him from cheating other customers in future,” she said.

Case said it has received nine complaints against Mr Chong since January.

Said Mr Seah Seng Choon, executive director of Case: “If the consumer is of the view that the company offered a package and collected money with no intention of executing the package, and then ceases operations, that may amount to a scam and be regarded as a criminal offence.”

Centrepoint, was also repossessed by its landlord, Frasers Centrepoint Malls, because of rent arrears.

An online search revealed that the company has not been wound up.

While there is no standard practice for repossessing retail property, landlords will take such drastic action only if the tenant is unresponsive or uncooperative, said Mr Danny Yeo, group managing director of property consultancy Knight Frank.

There is usually a grace period of 14 days to one month, after which landlords may start chasing the tenant for payment, he said.

“Most landlords don’t (just) start seizing property. In most cases, they will work with the tenant to come up with a formula to clear arrears progressively. Most landlords, big or small, would not want a bad name in the industry. But they would have no choice if the tenant doesn’t respond,” he added.

In response to queries from my paper, Mr Kelvin Ling, chief operating officer of the retail- business group at Far East Organization, said: “We value our relationships with all our tenants.

As standard business practice, we do alert tenants when rentals are in arrears and engage closely with them to work out an amicable solution.

“As arrangements with our individual tenants are of a private and confidential (nature), we are not at liberty to discuss this specific matter.”

Your friendly blogger, Alvinology has finally decided to go dot com, after over three years of blogging under…
byalvinology 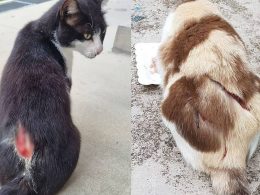 Distressing incidents of animal cruelty, specifically inflicted on cats in Ang Mo Kio and other parts of the…
byDanielle Ann

The LuminAID Solar Light is a solar-powered, inflatable light that packs flat and inflates to create a lightweight,…
byalvinology Via their official website, Ananda Bhavan claims to be the oldest Indian vegetarian restaurant in Singapore, since 1924.…
byalvinology