Via omy.sg; In an exclusive interview with CNN for the program, Talk Asia, shamed sex scandal Hong Kong star, Edison Chen (陳冠希) revealed there were more than 1300 sex photos in his full collection – the number of photos which the Hong Kong police recovered.

It is rumoured that the female celebrities involved may hence be even double that of the unfortunate seven who had their photos circulated online.

For a background read on the Edison Chen sex scandal episode and the female celebrities involved, you can read more about it in via my previous blog entries.

Two years since the scandal hit news headlines across the world and once made Edison Chen the most searched person on the Internet, the shamed star has finally decided to talk.

“There’s been a lot of talk through the past year and a half about this or that and a lot of rumors, a lot of hearsay, and I feel, you know, I’ve kept quiet just to kind of respect everyone and respect the law,” Edison told CNN.

You can watch the full exclusive TV interview with Edison Chen on CNN TV or via the CNN website on Wednesday, June 3. Edison Chen will talk at length to CNN’s Anjali Rao about the women involved in the photographs, why he took the images, the effect the scandal had on his health, his family and others. Earlier this week, a National University of Singapore (NUS) undergraduate, Monica Baey has come forward as the girl who figures…
byStaff Writer

Come on… so much brouhaha over a swimming trunk design? Are we really a nation of prudes? I…
byalvinology 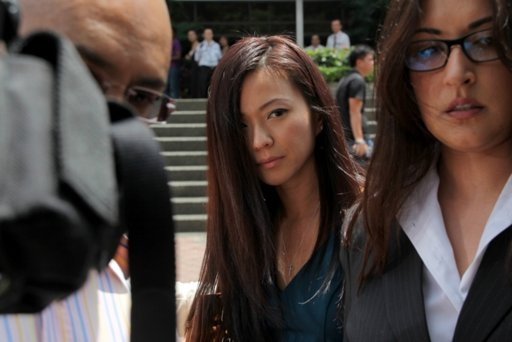 This week, while millions of people from around the world are talking about Miley Cyrus’ raunchy performance at…
byalvinology