Another male student connected to the National University of Singapore has been expelled after he filmed two women in sex acts with him without their consent.

The student’s name was withheld, and he was expelled on February 10.

According to a report by The Parrot Review, the male perpetrator was a fourth-year undergraduate and was also a residential assistant, a team manager with the NUS powerlifting team and a scholar.

Reports mentioned that residential assistants are selected through a very rigorous process, and are given perks such as live-in arrangements in some of the residences in the university proper. The man was living at Prince George’s Park Residences, a student housing estate at NUS, but was evicted five days after the complaints surfaced.

What happened to the NUS pervert?

The man had allegedly filmed himself having sex acts with the two victims separately without their consent. The university said that the incident would be part of the ex-student’s permanent record in the school. They also extended support services to the victims.

“Upon being informed of the case, the university issued the student a no-contact order to prohibit him from contacting the victims.”

NUS as a hotbed of sexual harassment

In 2019, NUS received a total of 25 cases of sexual harassment, and a total of 71 complaints in the past five years. Before this specific case, two professors had been dismissed for misconduct involving students.

Alvinology previously reported on the case of Dr. Jeremy Fernando, who was accused of making unwanted advances on women during Circuit Breaker and at parties.

Dr. Fernando was fired after the National University of Singapore conducted investigations into two claims put forth by some students that allege Dr. Fernando to have made sexual advances against them without their consent.

He had also written about teacher-student relationships in several literary pieces on his blog before. One complainant said that he made unwanted sexual overtures from Fernando began in October last year and lasted well into Circuit Breaker. He allegedly groped and kissed her, and even performed oral sex on her while she was drunk.

The second complaint involved a student he had through Zoom classes, who eventually met up with him and a male friend. While the male friend was in the toilet, Dr. Fernando made a sexual overture, then she refused. He asked her not to reveal the incident so he would not lose his job.

Another Professor named Theodore Hopf was also fired for sending inappropriate texs to a student, as well as physically harassing them. NUS withheld the gender of the student.

“The committee determined that Prof Hoph had failed to act with propriety, respect, and decorum expected of a staff of the University. He had sexually harassed the student in physical, verbal and written forms. His conduct was a serious breach of the NUS Staff Code of Conduct,” said the university.

Ex-professor Hopf made negative comments about a student’s body, then later pulled him during an encounter. He then sent a series of sexually-charged messages that he later claimed were supposed to be sent to his wife.

Stranger in my own country 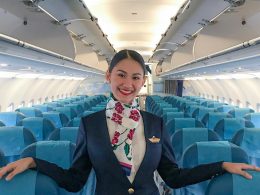