41-year-old ‘Sovereign woman’ Paramjeet Kaur was expected to face new charges violating the Women’s Charter, according to a report by The Straits Times.

She gained notoriety in the midst of the 2020 Circuit Breaker measures after being caught repeatedly not wearing a mask in public markets and for proudly declaring herself ‘sovereign’ and exempt from mask mandates.

Alvinology previously reported on Kaur, who refused to wear a mask on several occasions, and openly defying Singaporean citizens and officials who called her out.

The same report form The Straits Times mentioned that Kaur was already facing “six charges, four of which are for breaching Covid-19 regulations. The remaining two are for public nuisance and for failing to report her change of home address.”

Reports did not mention the new specific charges awaiting Kaur.

She was not present at the proceedings on January 26.

Who is Paramjeet Kaur?

According to a previous report by Alvinology, Paramjeet was first seen in a video of a then-unnamed woman who was not wearing a mask in several marketplaces across Singapore. The first viral video that involved her was in a marketplace where she shopped nonchalantly in the face of Circuit Breaker officials without a mask. The officials followed her, but she even took a video of them as she ignored Circuit Breaker rules.

She also dined at a restaurant seven days after Circuit Breaker measures were put in place. She was said to be a licensed physiotherapist.

But the viral video of Kaur in direct confrontation with other Singaporeans was what sparked the most outrage and bewilderment, after she insisted that she was ‘sovereign’ and that the rules for masks did not apply to her.

She added that she was “not a person”, but was instead “we the people”.

Then, the Singapore Police Force posted on the Facebook page that they made the arrest, saying “On 4 May 2020 at about 9:10 pm, the Police arrested the 41-year-old Singaporean woman who had assaulted a member of the public, caused public nuisance, and was not wearing a mask at Shunfu Mart yesterday.”

At the trial, she was forced to appear with a mask, and had initially said that she would extend her ‘sovereign’ status to her lawyer. When prompted to give her name for records of the hearing, she at first refused two times until her lawyer confirmed her name.

Kaur also made a direct address to the court at her trial, where she said, “I would just like to say something. I am a living woman and that is my only capacity in this matter. I extend my sovereign immunity to Satwant and I asked Satwant to represent me.”

She had reportedly changed lawyers since.

If you like theatre and history, Four Horse Road (四马路) by The Theatre Practice (TPP), Singapore’s longest-standing theatre company,…
byalvinology 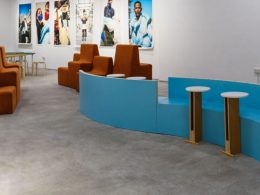 OPEN STUDIOS is the first-ever partnership between Cineleisure and LASALLE College of the Arts, targeted at engaging the…
byIrone Kim The Affordable Art Fair made its debut in Singapore in 2009. It has been nine years and this year,…
byCarissa Wong
Power up your child's learning with Geniebook.
Sign up for free demo
This is default text for notification bar
Learn more