Shopee announces its partnership with global football icon Cristiano Ronaldo as its newest brand ambassador. Cristiano Ronaldo will work with Shopee on a wide range of initiatives to engage and inspire people in the region, starting with Shopee’s signature annual shopping event, 9.9 Super Shopping Day.

Shopee’s announcement of Cristiano Ronaldo as its latest brand ambassador is in line with the return of its signature annual shopping event, 9.9 Super Shopping Day. Cristiano Ronaldo will join a series of initiatives as Shopee brings users and fans across the region closer to the global football icon:

In Singapore, 9.9 Super Shopping Day will run from 22 August to 9 September, featuring close to three weeks of super promotions and entertainment. Key highlights include:

Usher in all the fortune for the new year with a galore of delectable treats from BreadTalk! Available…
byIrone Kim 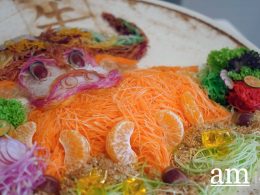 This Year of the Ox beckons a prosperous new beginning at The Fullerton Hotel Singapore’s Jade Restaurant, with…
byalvinology 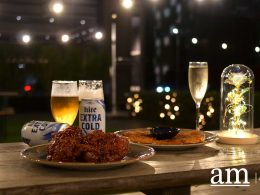 While South Korea is now open for quarantine-free travel for all travellers, regardless of vaccination status now, for…
byalvinology While some of us scoff that the dramatic events of TV shows aren’t exactly true, it’s certainly a…
byDanielle Ann