A doctor who plead guilty to taking 3,000 upskirt videos through a specially-modified shoe was sentenced to three years in jail for four counts of insulting the women’s modesty.

Previously, Alvinology reported on a former ITE lecturer who plead guilty to taking over 300 videos of 355 women in various malls using a hidden camera attached to a power bank in his bag. He received 32 weeks jail.

Who is Chu Ben Wee?

According to a report by The Straits Times, 28-year-old Chu Ben Wee was sentenced on Friday, December 11. The report said that he was one of the most prolific serial peeping toms that have ever faced charges in court.

Deputy Public Prosecutor Sruthi Boppana said that Chu “Fully exploited the available technologies to conceal his offending behaviour,” He struck at different places such as hospitals and junior colleges, recording thousands of women using his special camera set up.

He had been taking videos since his junior college days in 2009.

How did Chu Ben Wee get all that upskirt footage?

The same report mentioned that the accused would buy black sport shoes and cut a hole at the front of the shoe, where a GoPro camera would go. The hole would be about 1.5 centimeters, and he would align the GoPro lens with it while wearing the shoe.

It would then be easy for Chu to walk around and catch an immense amount of video simply by walking or nonchalantly extending his foot.

He would review the footage he shot later at his home, and attach titles to the clips based on the victims’ ethnicity, age, and the underwear the women wore. He stored them on a separate hard disk.

Chu’s choice of victims were usually women in hospitals, and he would watch the clips at a later time to gain sexual gratification.

What about all those NUS perverts taking videos of women in showers?

How was Chu Wen Bee caught?

According to the same report, he was caught when a woman at Square 2 shopping mall noticed that something was touching her ankle. IT was 7:00 in the evening on January 18, 2018 when the woman caught him, and she was able to see his hidden camera. She feigned looking at things on a bottom shelf inside the shop where Chu was prowling to see his camera.

The woman confronted Chu, and he was arrested. A search was conducted in his home the next day, and it revealed the extent of his crimes thanks to his found hard disks, full of 3,000 upskirt videos.

Even when Chu was arrested and later released while under police investigation, he targeted another woman. He followed her around Plaza Singapura on April 27 2019. She caught him in the act and told the police about him, which lead to another arrest.

He was free again three months later on bail, and continued to contrive and plan to take more upskirt videos. This time, he purchased clothing that male students of a junior college would wear. He went to that particular college in July 2019, blended in with the other students thanks to his clothes, and went back to peeping and taking upskirt videos.

He was again caught and arrested. Court documents said that Chu was diagnosed with paraphilic and major depressive disorders. Paraphilia refers to sexual interest in atypical situations or objects.

As of publishing, Chu Ben Wee has not been stricken from the roster of healthcare professionals in Singapore. 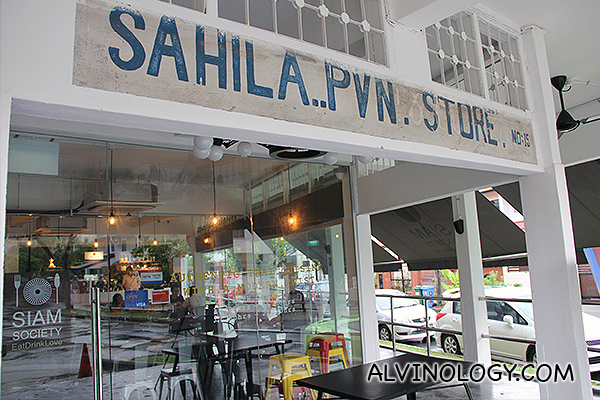 Alvinology Readers Special: Quote “Alvinology” at Siam Society from now till end August 2014 and you get a…
byalvinology