Just like other 14-year-olds, Richard Goh and Soo Xiang Lin were easily swayed by online accounts of the Syonan Jinja shrine and set out to explore the MacRitchie Reservoir to take a look for themselves.

According to a report by The Straits Times, they ended up lost for a few hours in the dark, and had to be rescued by a team of police officers and paramedics.

Who are Richard Goh and Soo Xiang Lin?

After searching for interesting places to explore in October, the two 14-year-olds had decided to go through the MacRitchie Reservior on October 18. Armed with their phones and a distinct lack of food and water, the boys decided to find the Syonan Jinja shrine, which was supposed to be the biggest Shinto shrine in Singapore during the Japanese occupation in World War II.

The two Broadrick Secondary School students took a bus to the Lornie Road entrance of the MacRitchie Reservoir on October 18 at 3:00 pm to begin looking for the shrine. They decided not to bring any food and water because they thought there would be vending machines.

The boys took the Terentang Trail using Apple Maps on their phone to enter the forest. They only wore T-shirts, shorts, and running shoes. By 5:00 in the afternoon, they met a man who was also looking for the shrine but he had given up and gone home.

At 6:45 in the evening, Richard and Xiang realized they were lost when the trail they were following only lead them deeper into the forest–with no signs of lights or the vending machines that they relied on for food and water.

The boys were following a trail using pieces of orange plastic tied to trees.

The lost boys ask for help

In an interview with The New Paper, Richard said that, “There was that sense of hopelessness when I realised we were lost.” This was at the time they followed the orange markers into the trees. They called for the police 30 minutes later, at 7:15 pm.

The one who handled their emergency call told them to stay where they were and use their phone to bring up their exact location. They had not had any food or water for over 4 hours.

The boys were eventually rescued at around 10:00 in the evening by Gurkha officers of the Singapore Police Force. The boys were checked for injuries and given water. They were transported by boat to the main entrance where they were treated for minor cuts and wounds on their legs.

A team of 50 personnel that included police, Singapore Civil Defence Force paramedics and a number of drones were used to find the thankful boys.

The boys’ parents were waiting for them at the entrance to the reservoir and were able to get the boys home by 11:00 in the evening.

Xiang’s mother said, “I was worried about the bad things that would happen based on my imagination. I am happy and thankful to the Singapore Police Force for finding my son.” She did not give her name to the media and only said that she was a risk management consultant.

Rachel went for the media preview of the first Uniqlo outlet in Singapore at Tampines 1 on Monday.…
byalvinology 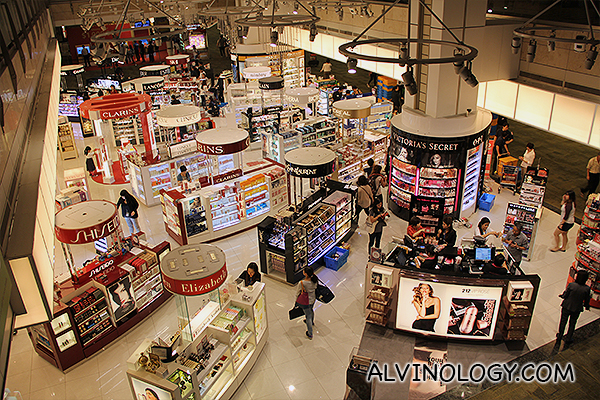 A Day in Transit at Changi Airport

There are many things to do at Changi Airport when you are in transit. Most of the time,…
byalvinology