Netizens called the elderly woman who refused to let a Qexpress delivery rider off a Balestier condo lift a Singaporean “Karen” as the viral video continues to circulate.

Even when faced with more people coming to witness the altercation and ask what she was doing, the woman continued her tirade against the man taking the video. The delivery man showed his face to identify himself as under the Qexpress company, and that he was in the condominium building to deliver a parcel.

What happened to the woman who trapped a delivery man in a Qexpress condominium?

Alvinology previously reported on the incident, with how the older woman who was not wearing her face mask correctly berated the delivery man and prevented him from exiting the condominium lift. According to the video, which was first shared on the All Singapore Stuff Facebook, the elderly woman didn’t like it that the man had entered the condo with her when she opened a door.

The man was in a lift with her, and then the woman turned and barred him from getting off the elevator, taking a video of him as he spoke to her politely.

In the video, you could hear the man asking the woman what she was doing while she was holding up her mobile phone. She seemed to be taking a video of him as well, but was not speaking.

The man continued to ask her to move away, and that he needed to deliver parcels as that was his job. But the woman did not move and even used her leg to block the lift and bar him from entering the rest of the condominium to do his job.

Netizens called her a “Karen”

Singaporean netizens have shared the post more than 4000 times, with people weighing in on the behaviour of the elderly woman.

A lot of the comments referred to her as a “Karen,” which referred to women in English-speaking countries who felt entitled to more than what was commonly acceptable in a certain situation.

Commenters also called for the woman to face charges of involuntary incarceration, as she prevented the man even from leaving the building, and did not move when others came to see what was the commotion. While the video online only showed five minutes of being detained, the man may have been trapped in the lift longer.

Another commenter cited her for not wearing a mask properly and that she should be fined.

Other comments mentioned that her family should be found and that they should speak to this member of their family in case she needed treatment.

Delivery man airs his side, takes it down

The man trapped in the lift with the elderly woman posted his side of the events in a now-defunct Facebook post. Qexpress has told other media that they have begun an investigation into the matter.

The post had said that the woman talked to him “as if she were talking to a dog,” and that what she did had affected his earnings for the day. 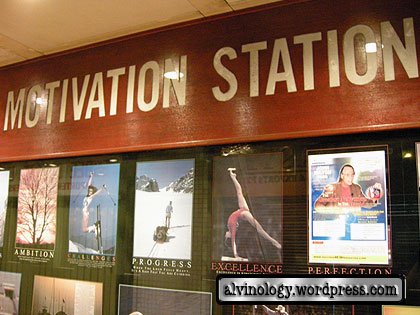 I found this weird shop at Peninsular Plaza called Motivation Station. It was closed when I pass by,…
byalvinology 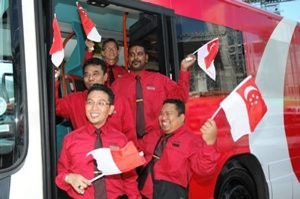 The Seng Han Thong saga has drawn mixed reactions from Singaporeans, with most expressing their disapproval. What about…
byalvinology Hong Kong-based influencer Harimao Lee recently posted a beautiful photo of her on board a Cathay Pacific flight…
byDanielle Ann
Hello. Add your message here.
See how Snapask has been helping out over 3 million students around the world. Find a perfect plan