Netizens have come to bash a woman caught on video holding a condominium lift open and filming a delivery rider who allegedly entered the building without permission.

On the Facebook page of All Singapore Stuff, a video of an elderly woman with a sling bag wearing shorts and a shirt was seen leaning against the door of a lift while taking a video of a delivery rider who had a job to do in the building.

The elderly woman had short hair and was not wearing her face mask properly.

You can view the video below:

This lady accused delivery bro of being rude by entering a condo door she had opened. She also blocked the lift to stop him making delivery. The way she talks to other bystanders, we really wonder who is the rude one.

In the video, you can see the older woman holding the lift back from closing its doors. Listening to the audio also shows that the delivery person she was mocking was asking her politely to leave the lift doors so he could do his job, and that he had a lot of parcels to send that day.

Eventually, witnesses arrived in the form of bystanders who were all wearing masks. Another delivery rider was also seen in the video. No one could use the lift while the woman was blocking the doors, which was more than a full five minutes.

The post with the video has been shared more than 2000 times, with people mostly expressing sympathy for the delivery rider, who represent a demographic that have become increasingly in demand during the COVID-19 pandemic. These workers help keep people at home and lessen possible exposure to the virus.

Some netizens in the comments mentioned that the old woman can be charged with involuntary incarceration and even kidnapping! They also took issue with how she propped up her leg and began saying rude words to the delivery rider as well as the people who came to ask her what was going on.

One commenter said, “The sad part is Mata can’t do anything. And the poor bro delivering parcel lost valuable time for earning his living. The Aunty should be charged for detaining someone in this manner. No one has the right to detain the delivery man in this manner.”

Another commenter said that, “The condo security must have allowed him into the building to deliver the packet to the customer. The deliveryman should call & inform the customer of the impending delivery. Customer can then link up with the delivery person. There’s a lack of guidance of the protocol for delivery to customers living in condos & apartments.”

The comment above got bashed as well, with other people saying that delivery riders are usually allowed to enter condominiums as long as they immediately show that the address they’re delivering to is within the building.

Other commenters also said that the woman in the video also claimed to be an official from the condominium management during her tirade.

Homegrown party collective Ice Cream Sundays will be throwing the sequel to their sold-out and highly acclaimed party,…
byIrone Kim

In a world full of distractions and smartphones, it can be easy to miss the important safety demonstration…
byDanielle Ann 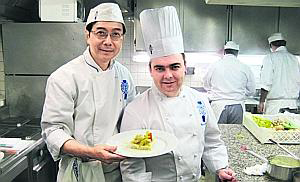 Who is Tan Yong Soon?

Update: Tan Yong Soon has been reprimanded by his boss, minister in charge of the civil service, Teo…
byalvinology 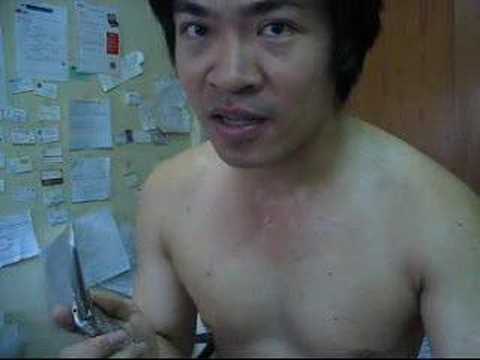 You saw his sweaty neh neh pok. Now, do you want for yourself – a body like his?…
byalvinology