Previously, Alvinology reported on the conviction of three teachers involved in a cheating scandal for Singapore’s O-Level examinations using Bluetooth and FaceTime to coach six students into passing.

According to the previous report, Pony Poh Yuan Nie, 54 years old and two others. Poh’s niece Fiona Poh Min was also convicted along with 28-year-old Feng Riwen–both tutors of the former center. They were convicted of 27 counts of cheating committed last October 2016.

Another person named  33-year-old tutor named Tan Jia Yan was jailed for three years for pleading guilty to the same 28 charges of cheating.

Pony would spend four years in jail, while Fiona would be imprisoned three years and Feng two years and four months, according to Today.

What did the cheating instructors and ex-principal do?

Using smartphones sneaked into the testing centres, the tuition centre instructors along with the ex-principal coached the six Chinese nationals through the exam over the course of several days. They used Bluetooth and FaceTime to be able to communicate during the exam.

Skin-colored earpieces were used in conjunction with the smartphone and FaceTime app to communicate as well.

Pony was the mastermind of the scheme, and received $8,000 from each student in exchange for passing the exams so they could enroll in local polytechnic schools. A man named Dong Xin was involved in “handling” the students and coordinating with Poh and the other two employees of the tuition centre involved in the scheme.

The amount would allegedly be fully refundable if the student was not able to pass the exams and get into a polytechnic institution.

Jia Yan pleaded guilty to posing as a private individual taking the exams and using the same technology, broadcasted the questions and problems to the other cheaters in the scheme, who then passed the questions on to the six Chinese national examinees.

The prosecutors for the case then added, “During the examinations, Jia Yan’s role was mainly to sit the examinations as a private candidate and use the FaceTime application on her phone to present a livestream of the question papers to the co-accused stationed at the tuition centre.

“The others worked on the questions streamed to them. Riwen (and others) then called the students to read the answers to them. Pony oversaw the entire process.”

The cheating was done mainly on the English and Math exams, with Fiona switching with Jia Yan for the mathematics questions.

One of the students wasn’t so good at concealing their scheme, and was allegedly caught by the proctor but allowed to finish the exam. They were able to hear electronic transmissions coming from a student during the exam, which was because the earpiece had broken.

When the examination was finished, the sudent was asked to turn over the earpiece and smartphone, after which they confessed to the scheme.

When Pony found out that the student was caught, she went into a panic and Tan immediately paid for a ticket for the student to return to China.

Three people who facilitated the exams in 2016 testified in court about how the scheme was foiled.

I had the honour of lunching with Dr Tony Tan two weeks ago (22 July), together with Mr…
byalvinology 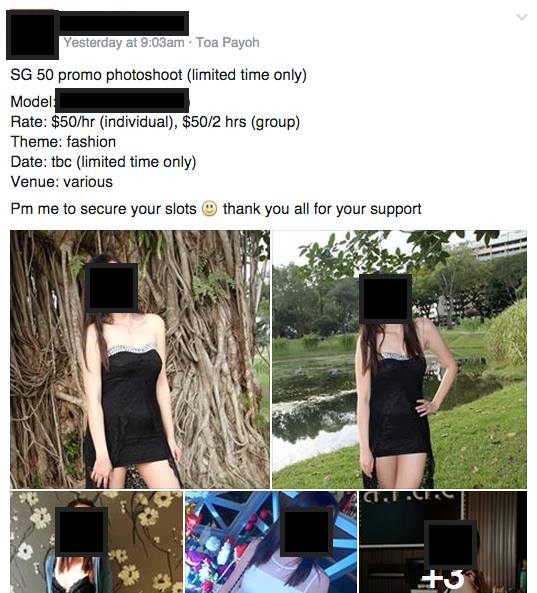 5 uses of SG50 logos that totally make no sense

Take a walk down any Singapore street, and you are bound to see the SG50 logo everywhere. At…
byalvinology