Animal control officers rescue a wandering, pregnant pit bull, Mama Pickles, alone on the streets. At closer inspection, the officers noticed she needed urgent care finding out that the 2-year-old dog is pregnant.

The officers took her off the streets and attempted to search for its owner. They did find her owner, unfortunately, they said Mama Pickles is no longer needed at home and decided to leave her to the shelter’s hands.

Sadly, even the shelter isn’t enough to provide the care need for the pregnant Mama Pickles. Luckily, she was found by a non-profit organization specializing in caring and nursing dogs – Pits & Giggles Rescue. Even though Mama Pickles’ belly hinders her movements, she was so excited to see her new family that she couldn’t help but jump all over.

Lauren Casteen Sykes, a volunteer at Pits & Giggles Rescue and the photographer behind Enchanted Hills Photography, learned that the organization brought a Mama pit bull from the shelter. Meeting Mama Pickles for the first time, she knew right away that Pickles deserve a maternity photoshoot.

Surprisingly, Mama Pickles modelling skills were unbelievable, as if she’s done this before, and the result is undeniably cute. The photos below only prove she knows what she’s doing. 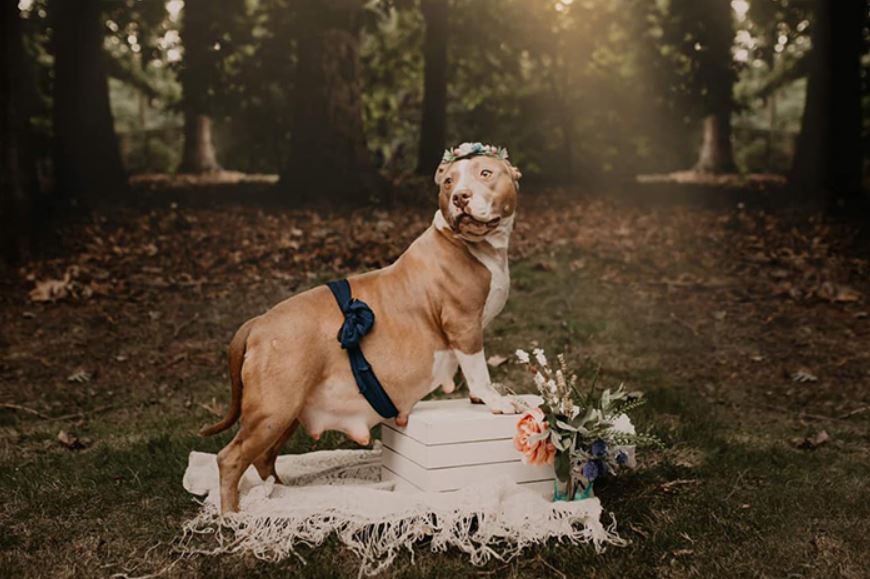 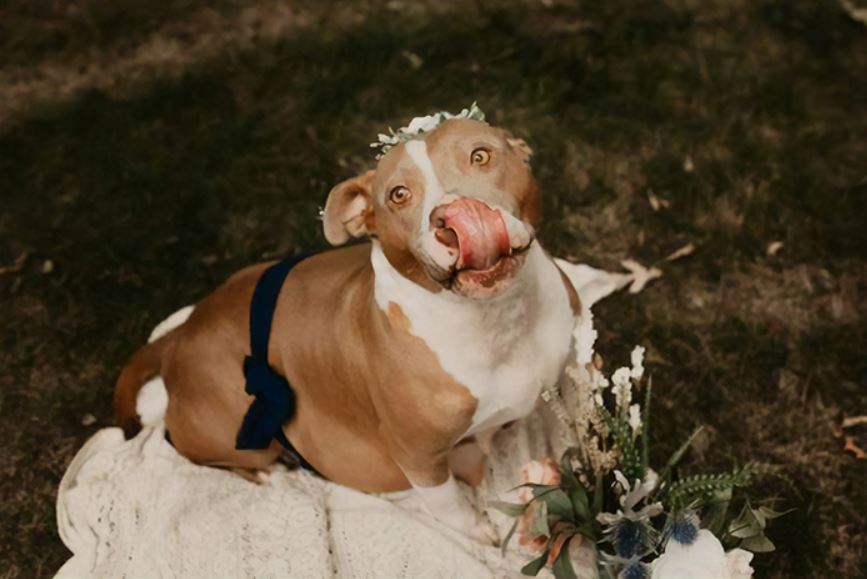 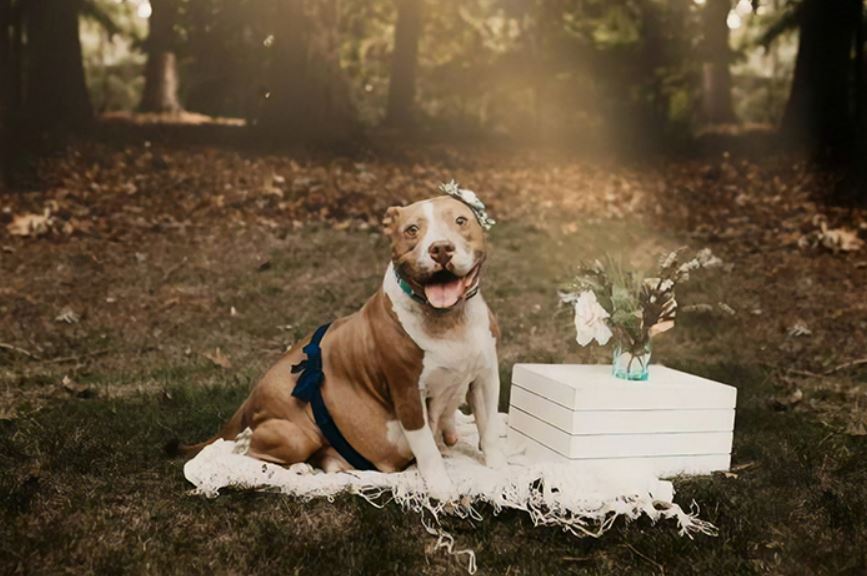 Soon after the adorable maternity photoshoot, Mama Pickles gave birth to eight healthy puppies. Of course, the proud mama deserves a second photoshoot, this time with her eight delightful newborns. 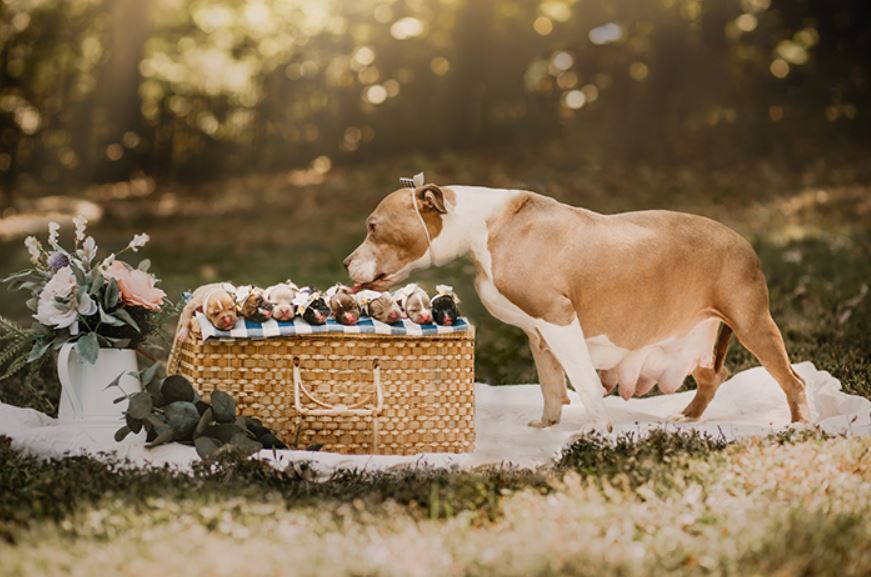 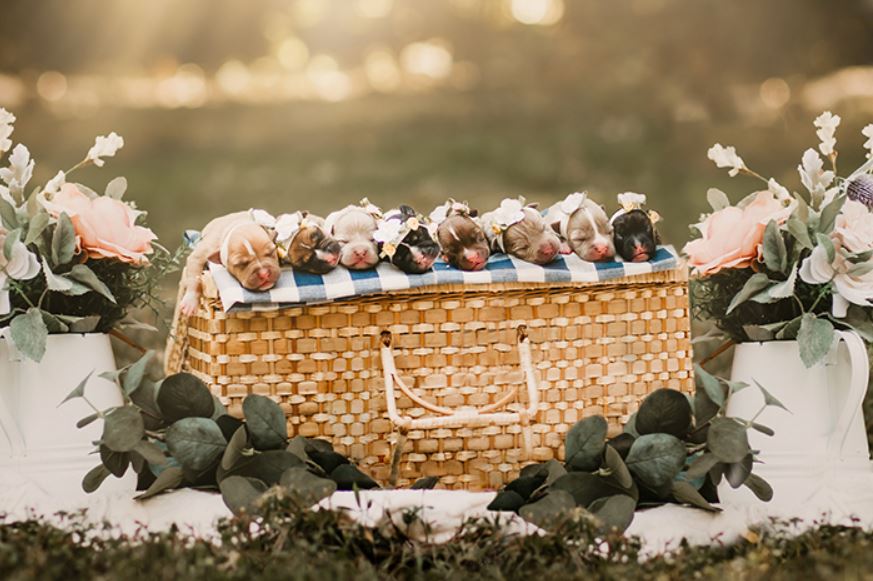 The rescuers say that Mama Pickles does an awesome job as a mom.

After a few months, Mama Pickles and her babies will be ready for adoption. Everyone at the rescue is thrilled that Mama Pickles will soon get her second chance of home she obviously deserves. While not all of us bring kids when we travel, we can always be sympathetic to the parents…
byStaff Writer At the fringe of Singapore’s Central Business District, within walking distance of Outram Park MRT Station yet far away…
byRachel Chan 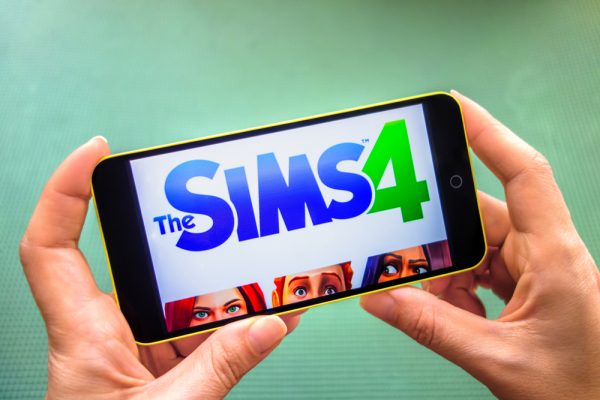