With United States president Donald Trump banning TikTok in his country, aren’t you glad that we in Singapore are not deprived of this popular video-sharing networking service? People turning increasingly to their devices for entertainment during the Covid-19 pandemic has caused this media platform to experience in an explosion in popularity. According to The Straits Times, an estimated 1.04 million new downloads were racked up in Singapore from January to July 2020.

If you have just downloaded the app recently and don’t really know who to follow yet, here are 10 TikTok influencers that you should check out:

In case you didn’t know yet, Singaporean taekwondo athlete Ng Ming Wei is on TikTok, where he shows funny skits of his dreams, and cute and funny games and pranks with his dad. We love seeing his funny side through his TikTok videos!

Nic Kaufmann was born in Singapore and currently lives in Munich, Germany. In his TikTok account, Nic posts a lot of videos with his equally attractive friends, in which they dance or simply goof around. In one particular video that now has 1.6 million views, Nic even makes his German friends wear his Indian clothes.

YouTuber, blogger, and entrepreneur Li Ziqi’s TikTok account is filled with stunning snippets from her YouTube videos. From videos of her cooking to videos of her brewing beer and wine, she showcases what rural traditional Chinese life is like while also sharing her attempts at learning more about Western life.

Xwshawn is known for his funny yet relatable TikTok videos that touch on millennial living. You can also follow him on Instagram where he answers questions from his followers every now and then.

Bike Shop FixieSG has a TikTok account where they showcase videos of how they pimp up bikes, as well as super cool bike tricks. Take note that you definitely shouldn’t try their tricks at home, though. Stay safe!

If you love dramatic and emotional videos, this is the TikTok account to follow. Mica’s TikTok videos are full of drama, though he sometimes jumps on fashion trends, as well.

If you need a good laugh, check out SGAG SG on TikTok. They’re on TikTok to produce some laughs with song videos that you can duet with, and lots of funny skits that students and fashionistas and basically any Singaporean will be able to relate to.

Benjamin Zhong is part of YouTube comedy channel Wah!Banana, so it makes sense that he creates funny skits on TikTok, too. From the differences between how girls and guys view themselves to the differences between when a guy watches a romantic show and when he watches a show where a dog dies, you are sure to find a lot of real and relatable content on his TikTok account.

Who’s your favourite Singaporean TikTok influencer at the moment? Share their accounts with us! 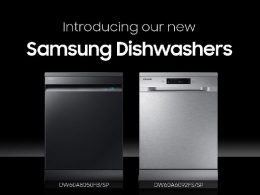 Don Don Donki may just eke out a small part of Japan in Singapore. We were able to…
byDanielle Ann