Johnny Sins, prolific actor who transcends all genres and all roles, once again had a special shoutout for a special set of Singaporean citizens–recent NSF graduates!

According to an Instagram post from user memedefsg, the popular actor whose work is all over the internet had been tapped to give a “shoutout” or a greeting for another group of Singaporeans. According to the Instagram post, Sins greeted recently-graduated full-time Nationals Servicemen, even mentioning their “mandatory army conscription.”

Take a look at the shoutout here:

He even shouted “Hormat NS, ORD oh!” To those who are unfamiliar, ORD means Operationally Ready Date, and it’s what graduates of the program shout once they’re done with the ceremony.

Sins congratulated all the NSF for completing their two years of service and wished them luck in their future careers and their upcoming stints in University.

This wasn’t the first time that the popular actor posted a shoutout to Singaporeans. In February 2020, he also had a greeting for the National University of Singapore graduating class of 2020.

People in the comments of the post have begun tagging their family members or friends who recently graduated.

Here is the video of the previous greeting:

According to the video, he expressed congratulations to the graduating class of the National University of Singapore. He mentioned how graduating during this time when COVID-19 is rampant across the globe is crazy.

He mentioned that if the graduates would enter a career that they love, they would not ever go to work, which he said is “Kinda like I do.”

Sins can be hired to send public or private shoutouts to certain individuals or groups using the service Cameo. For a sum of $150, you can ask the company to arrange a greeting with the actor.

On the Cameo website, you can choose various celebrities to greet you or your chosen person or group. Johnny Sins’ profile on the website said that he is “everyone’s favourite doctor, lawyer, teacher, astronaut, and plumber.”

There is a similar Singaporean  site called Authentic Celebrity Experience, where you could get someone like Xiaxue to greet you in a video or social media post for a price.

Sins, in the NSF video, mentioned a man named Jack Pollard, who could be the person responsible for hiring him to give the greeting.

What is Johnny Sins famous for?

Johnny has starred in numerous adult films that have featured him in one capacity or another, and in various roles. With over 2,300 videos in his career, he is one of the most popular and recognizable actors that do not regularly appear on the Hollywood red carpet.

He has been in his specific film industry since 2006, and received an industry-related award in 2018 for his prolific work. 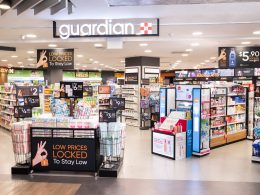 Guardian Brand lowers and locks prices of over 500 health and personal care essentials until the end of the year; save up to 25%!

Christabel Chua, or Bellywellyjelly as she’s known to her fans, has finally come out to talk about the…
byRachel Chan