The Ministry of Manpower announced on Thursday, June 24, that six foreigners who broke Circuit BReaker rules at Robertson Quay have lost their work passes and permission to work in Singapore permanently.

This was after photo evidence of their lack of masks and social distancing were documented in a set of viral images circulated within Singaporean netizen social media.

According to a report from Channel News Asia, Czerny is a permanent resident.

All of them reportedly plead guilty to breaking Circuit Breaker rules. They were also fined between $8,000 to $9,000. Restaurants in the area were ordered to stop selling alcoholic beverages for takeaway to stop gatherings.

Other offenders caught through social media

He did not go straight home from his flight from Myanmar. He instead went to eat with his girlfriend at one of the food courts in the airport. He also did not stay at home once he reached his house and instead went to a hotel to access a money changer’s services and even had dinner and a quick grocery trip.

He was outed when he himself posted a photo of his meal that afternoon, which was Bak Kut Teh. He was fined and given a six week jail sentence for violating health protocols.

The second time, she was in a heated argument with citizens who asked her why she would not wear a mask, and from there she began her outburst of being a “sovereign” and that she can go out without a mask.

Her mother said in a separate interview that she used to be married and was a physiotherapist in Australia for ten years before moving to Singapore.

She was arrested later that day, and appeared in court twice with a new attorney each time. Her arrest forced Minister K Shanmugam to address how a “sovereign” person could choose which laws applied to them–and how the US dealt with these people who were considered “domestic terrorists.”

140 people have had their work passes revoked for flouting COVID-19 related rules, 98 of them specifically for going against Circuit Breaker measures.

“These individuals were found eating, drinking and gathering in groups in public during the circuit breaker,” the ministry said.

“All work pass holders in Singapore must abide by the law,” the ministry added. 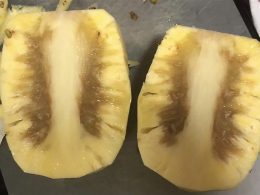