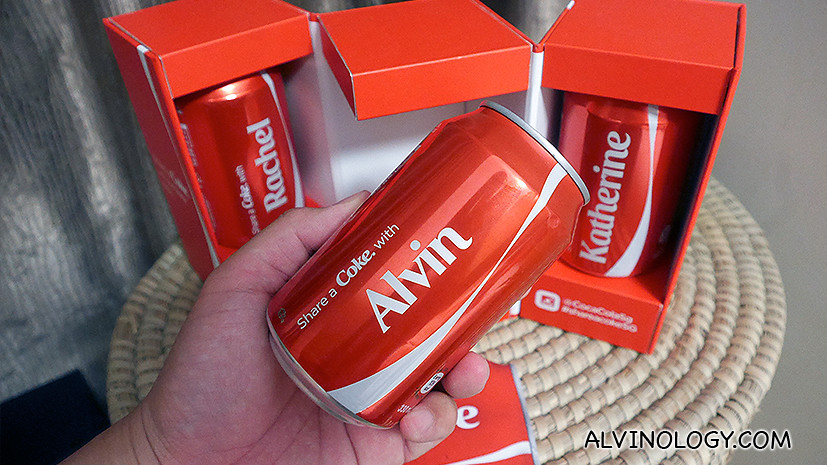 The world-famous ‘Share a Coke’ campaign has finally arrived on Singapore’s shores. Coca-Cola cans and bottles will now feature nicknames and phrases in place of the iconic Coca-Cola logo to inspire people to share a Coke with those around us.

I received my own personalised ‘Alvin’ Coca-Cola can along with two more personalised cans to share with my wife and co-author for Alvinology, Rachel, and my managing editor and partner for Asia361, Katherine:

What can Singaporeans expect?

In celebration with Singapore’s 50th anniversary, better known as simply SG50, from now until the end of August, Coke, Coke Zero and Coke Light cans and bottles will feature commonly-used Singaporean terms such as ‘Auntie’, ‘Uncle’, ‘Ah Boy’ and ‘Chiongster’; colloquial nicknames such as ‘BFF’, ‘Bestie’, ‘Babe’ and ‘Bro’; classic expressions such as ‘I Love You’ and ‘You’re the Best’ and favourite Singlish phrases such as ‘Gam Siah’, ‘Relak Lah’ and ‘Chiong Ah’.

“SG50 is a milestone year for Singapore and we wanted to do something special that celebrates Singapore’s unique identity and heritage, whilst strengthening the bonds that weave us together as a nation. ‘Share a Coke’ is all about giving people the opportunity to connect and we want friends, family members, work colleagues and even strangers to experience the special moments that are created through the simple act of sharing a Coke.” Shared Gill McLaren, General Manager, Coca-Cola Singapore.

How can you get your hands on a can of personalised Coca-Cola like the ones I received?

The first roadshow takes place on 26 April (tomorrow). Here are all the roadshow schedules: 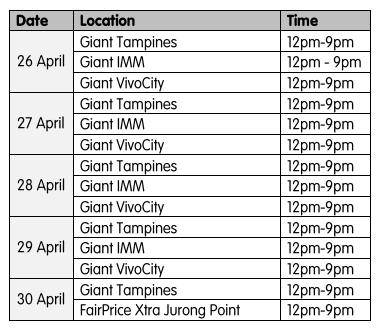 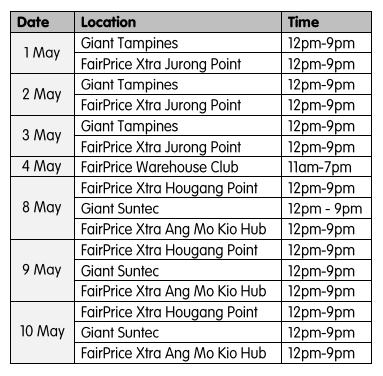 Coca-Cola is also inviting everyone to share our ‘Share a Coke’ stories, photos and videos on social media with the hashtags #ShareACokeSG and #SG50.

Fans will also be able to create virtual personalised cans online and share with your friends and family via the ‘Share a Coke’ App which will be available on Coca-Cola’s facebook page from 4 May.

Since it was first launched in Australia in 2011, the ‘Share a Coke’ campaign has spread happiness in more than 80 countries, with Singapore being the latest. 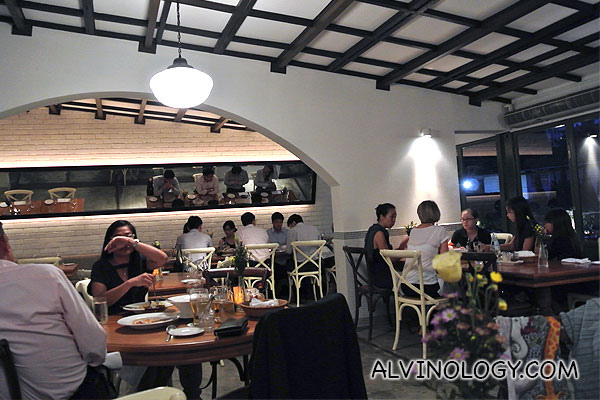 Rachel and I brought our son with us for dinner at La Villa a few weeks back, making…
byalvinology

Peach Garden is a chain of Chinese restaurants in Singapore, owned and operated by the Select Group. They…
byalvinology
Hello. Add your message here.
See how Snapask has been helping out over 3 million students around the world. Find a perfect plan