Mere days after Singaporean officials banned all foreigners from entering the country and for all returning residents to submit to 14 day quarantine, this guy seems to be completely unaware that he just broke the law.

Who violates quarantine anyway? Here are some examples.

A Singaporean netizen recently posted on his feed that he was on the way home from Myanmar. He featured photos of his airplane food, and other details of his trip.

Singapore, on the other hand, has been recording high number of infections from returning residents, with 49 new cases recorded on March 24. 32 of these cases came from travelers recently returned from Britain. The steadily-increasing number of cases prompted officials to declare a ban on all tourists entering the country.

Ignorance of the law

In a now-deleted post, the man featured a dish most probably eaten at a local hawker stand. He said that he had to eat local food the moment he got back to Singapore.

If proven to be true, he is in direct violation of Singaporean law and could be in a lot of trouble.

His Facebook friends then began to call him out on the platform, asking whether he should be out, as everyone was mandated to stay at home for 14 days after they arrive from a foreign country. Take a look at some of his more conscientious friends below.

He replied to their comments, saying that the start of his quarantine starts the next day, and not on the day of his arrival. Some of his Facebook friends poined out how selfish he was for leaving the house when the country is in the grips of the COVID-19 pandemic.

Hoarding is not stupid, and these are our reasons why.

More comments below showed that people were asking where he got the information on when the quarantine should start, and the man answered that the customs officer that he had spoken to allegedly told him the period would start the next day.

The comments refuted his claims, and they pointed out that the rules said that the quarantine starts on Day 0, which means the moment the returning citizen steps on Singaporean soil.

Why would a quarantine start on the next day after arrival anyway?

Netizens also pointed out that the customs officer who gave him erroneous advice on the law would be in trouble as well.

The man has since taken down his post, but he is still active on social media as of publishing. It is unknown if he is being investigated or if the authorities are aware that he violated the quarantine orders.

What to do in quarantine?

His friend also pointed out how badly things can go now that hes violated quarantine.

What happens if you violate quarantine?

According to the new rules covering returning Singaporean citizens from abroad, all Singaporeans returning to Singapore must immediately place themselves in a 14-day home quarantine period, to wait if they exhibit any symptoms of the Wuhan coronavirus

All tourists and transit passengers have since been banned from entering Singapore as a surge of imported cases continue to make the country’s COVID-19 infections spike. 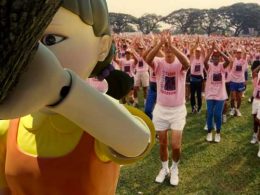 Attention all travellers: if you eat, sleep and breathe adventure, you would not want to miss this job…
byEvelyn Goh

In the latest annual list for Bloomberg 50 (B50) to honour noteworthy global leaders, President and CEO of…
byIrone Kim

Save the trees, say NO to junk mails from SingPost

In a Sunday Times article yesterday on junk mail at HDB doorsteps, I was surprised to read that…
byalvinology