Battling the coronavirus infection has started to look like a drawn-out war, with no end in sight as long as a vaccine remains in the works. As the government readies another massive payout to stem the jobs and revenue hemorrhage that is inflicting Singapore, the Singapore Contractor’s Association has refused to pay for its roughly 300,000 workers’ tests.

With the number of infections in Singapore coming mostly from foreign workers living in dormitories, this cluster represents the biggest infection problem for the country. What’s more, businesses that rely heavily on foreign worker labor have come to a standstill as the workers are confined in dorms, camps, and other facilities throughout the country. The government has stepped in to shoulder the food, health, and even regular wages of these workers as they Ministry of Health tries to control the infection ravaging the workers’ ranks.

But a letter from an industry body has declared that the swab tests won’t be their responsibility. This came after a May 15, 2020 announcement came from the government that all returning construction workers after the Circuit Breaker measures are to be lifted need to be tested and checked regularly for infection.

20,000 workers have already gone back to work on infrastructure projects that cannot be left alone while they are considered safety hazards.

Read about the conditions in a Singaporean foreign worker dormitory.

According to a letter to Minister Heng Swee Keat that was photographed and shared online, the Singapore Contractor’s Association estimated that to test the more than 300,000 workers in Singapore, they would have to shell out allegedly $120 million. The letter mentioned the price of a test was $200, and that most contractors were owners of SMEs that simply could not afford the cost while their revenues were so bad due to the Circuit Breaker.

The letter also said that multi-national companies could easily afford the cost of the tests.

In a report from TODAY, the Building and Construction Authority (BCA) announced on Wednesday that they were waiving fees for foreign service workers returning to construction projects, but that companies had to submit applications for returning to projects–and would only be approved if the workers tested negative.

For the meantime, the BCA would cover the costs, but with a fortnightly schedule of tests, the cost would eventually catch up with contractors. Some contractors called it a “temporary reprieve.”

What do foreign workers do while they’re in quarantine?

Singaporean netizens, however, were quick to comment on the letter, which was featured on popular Singaporean forum HardwareZone.

Some commenters said that people should not be so harsh on contractors since not all live in landed houses.

Others said that the cost should be shouldered by the workers themselves and then paid for in installment.

Some commenters said that the dorm owners who are earning money from the government and the contractors should bear the costs since they are the only ones earning at this time.

This commenter, on the other hand, hoped that a solution would be found. While the BCA has agreed to shoulder the costs, this is only until August. 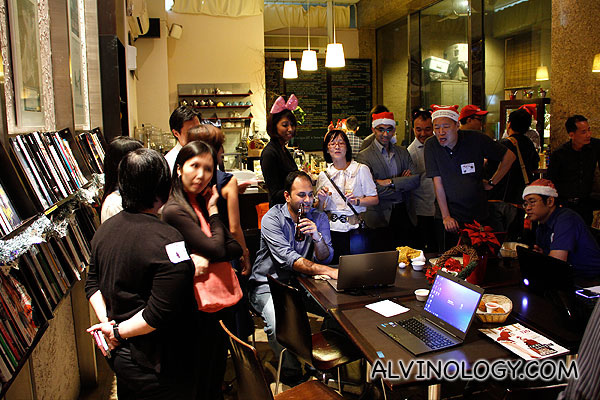 Microsoft Singapore hosted a “family time” session with bloggers at the quaint Book Cafe, a few days before…
byalvinology

According to LEGO and Singapore Poly students, this is our future in 50 years

Well, we wouldn’t be surprised. As this partnership between LEGO and engineering students at Singapore Polytechnic breathing life into the whimsical…
byCarrie Er