Sink or Swim (French: Le Grand Bain) is a 2018 French comedy film directed by French actor and director, Gilles Lellouche. It was screened out of competition at the 2018 Cannes Film Festival.

The movie follows a formulaic narrative of a group of working-class outcasts who overcome the odds to triumph against the impossibles – think movies like The Full Monty (1997) and Cool Runnings (1993), but a French version.

Throw in a group of ugly, unlovable misfits in their late 30s to 50s, including a failed rock musician, a businessman on the verge of bankruptcy, a corporate guy with an anger management issue and a hen-pecked underachieving husband, the movie wants you to root for this group as they embark on a mission to win the world championship for men’s synchronised swimming.

In an interview with Deadline, director Lellouche shared that the movie was inspired by the political climate in France which he described as being “somewhat volatile lately”.

“I can feel, in France, something a little bit depressive in the mood of the people,” he explained. “Like, eight years ago there was no vision for the future, no hope. I was really upset, too, about [hearing] guys saying things like, ‘If, at 50, you don’t have a Rolex, you missed your life.’ It’s ridiculous. So I thought about those [other] guys, who are a little bit depressed. Also, I’ve always [appreciated] guys who take part in amateur sports, like football on a Monday night. It’s cold outside, [but they] just [want] to play. I think it’s about more than sports. It’s about the people.”

Lellouche also shared that he attempted to mix comedy and realism together in the film. While most would see these two genres as polar opposites, he believes they can coexist in a film.

“In France, Europe, you have [only two directions]. On one side, you have comedy, which is only comedy—like a cartoon—and on the other side you have the auteur movie, which is really depressing and black. Can’t we try to mix those things? That is the cinema I love. There’s a movie I love a lot, it’s called American Beauty. For me, it’s [better] to be dark and funny. To be sweet and deep.”  Shared Lellouche.

I found the movie fairly entertaining and it delivered on the comedy front, although the pacing was rather even, starting out a little slow and draggy at the beginning and only picking up pace rapidly once the team set a unified goal on winning the championship.

The realism aspects of the film comes through in the portrayal of some of the characters where they got more screen time through interactions with their respective family or work environment to deliver the sad, grimly reality of ageing middle-aged men who have achieved nothing much in life at that stage. I can clearly identify with them, having gone through a phase like this myself. I am 38 this year and it hit too close to home when one of the character shared how at 38, he starts to discover some health problems despite deeming himself to be as fit as a fiddle.

The part which the film fell short was where the bigger underdog-turned-champions narrative just cruised along, without the need to justify for details. For instance, the team was able to self-appoint themselves as the French representative for men’s synchronised swimming just by filling in an online form, without the need to go through any national bodies or sports association; the characters for no apparent reason, all decided to take on the niche sports, without any explanation on why and how they came into it; among many other odd bits that were not in synced with realism. Nonetheless, if you do not view the film on such a serious note, these details are very much forgivable.

Overall, Sink or Swim is good for a laugh or two and a good lad movies to watch with your beer or football buddies. I think sad, middle-aged sods who find themselves quite underachieving in life at this stage would enjoy it. I did.

Sink or Sink opens in Singapore cinemas from 29 November.

With Redmart merged into Lazada, honestbee drums up on their Fresh supermarket service

With Redmart merged into Lazada, for those who prefer a dedicated online grocery platform, their competitors like honestbee and…
byIrone Kim

Are you anxiously waiting for Shopee’s 9.9 Super Shopping Day? Well, you’re in luck! Here are some tips…
byIrone Kim 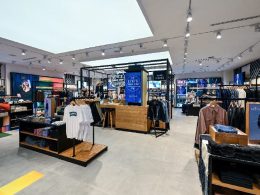 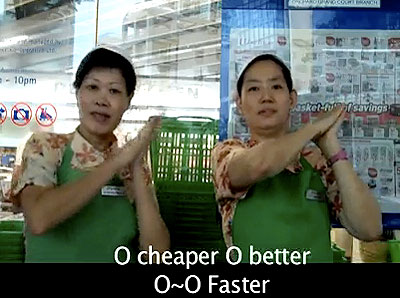 [youtube url=”http://www.youtube.com/v/sZRhJOjNiyM&hl=en&fs=1&”] Via mrbrown. This video is made by the Food Drinks And Allied Workers’ Union, an union that…
byalvinology
Power up your child's learning with Geniebook.
Sign up for free demo
This is default text for notification bar
Learn more