Do you need to avoid places where Chinese tourists have been, such as Yong Thai Hang?

Singapore saw its first few cases of locally-transmitted 2019-nCoV when four women were infected despite not having travelled to Wuhan, the epicentre of the novel coronavirus.

Two of the women work at a Chinese health products shop called Yong Thai Hang, while one is a domestic helper of one of those women. The fourth is a tour guide who frequents the shop.

Subsequently, the husband of one of the Yong Thai Hang saleswomen (the one whose domestic worker was also infected) and their six-month-old baby were also infected.

Yong Thai Hang is located at 24 Cavan Road in Lavender and mostly caters to tour groups from China. When Alvinology.com visited the street after news of the locally-transmitted cases broke on February 4, activity seemed normal. Hotel Snow, which is next door, was still open for business, as were a florist and a furniture shop.

Little is known about Yong Thai Hang as it does not have a website and does not appear to cater to locals. According to an infographic that is printed on their facade, their main products are “Crocodile Oil, Honey Bee Apitherapy, Golden Lion Oil, White Tree Oil, and Seabed Iron Tree Oil.” Their products are exported overseas to countries like the U.S., Canada, Japan, Australia, and Hong Kong, among others.

The origin of this locally-transmitting cluster of cases can be traced back to a Chinese tour group from Guangxi who arrived in Singapore on January 22. They visited the shop the next day. During their stay, they also visited Diamond Industries Jewellery Company on Harbour Drive in Pasir Panjang (where another infected patient was found), Meeting You Restaurant (14 Hamilton Road off Lavender Street), Royal Dragon Restaurant (2 Havelock Road), T Galleria by DFS (25 Scotts Road) and D’Resort @ Downtown East (1 Pasir Ris Close). They also visited Malaysia before they departing Singapore for China on January 27. The Chinese authorities have confirmed that two of those tourists have been infected with 2019-nCoV as well.

Singapore has raised its outbreak alert to Orange as more cases surface with no known links. There are a total of 33 cases in Singapore now.

In the meantime, Yong Thai Hang and other locations which were visited by novel coronavirus patients have been closed for proper disinfection under the guidelines of the National Environment Agency.

Read this to find out how to clean and disinfect an area which was visited by a confirmed 2019-nCoV patient.

Should you avoid places where confirmed cases have been?

You might have received plenty of forwarded images and messages on social media platforms such as Facebook and WhatsApp warning you to avoid a certain shopping mall, shop or restaurant because confirmed or suspected cases had visited it.

According to Gov.sg, there is no need to avoid these locations since you need to have close contact (a two-metre distance for at least half an hour) with an infected person to get infected yourself.

Other measures to prevent possible community spread of the coronavirus in Singapore have already been announced, including better cleaning of public areas, including restaurants, stores, and hotels.

Risk of transmission through a physical space is also very low. The virus is also unlikely to survive in a physical environment for more than three days. In the meantime, it seems that diligent hand hygiene is still the best way to ward off illnesses. 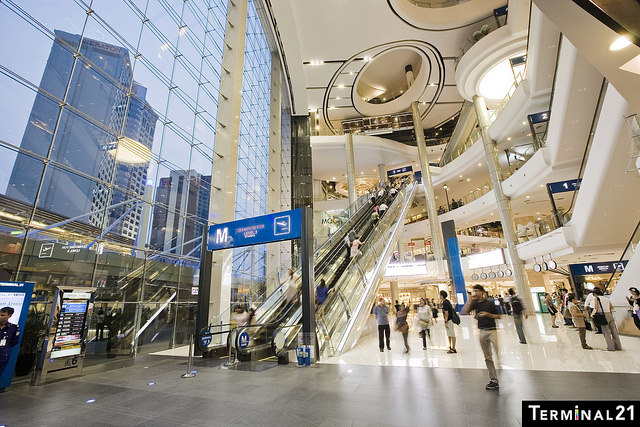 If you are looking for more premium Transformers toys for  your kid, consider the Transformers Platinum Edition series.…
byalvinology
Hello. Add your message here.
See how Snapask has been helping out over 3 million students around the world. Find a perfect plan