Singapore Airlines has one of the best reputations in the world. Skytrax World Airline Awards considered our flagship carrier the best in 2018 and runner-up this year and in 2017, exchanging places on the list regularly with Qatar Airways.

But for YouTube travel vlogger Josh Cahill, whose profile shows that he has extensive experience being on airplanes as a passenger, the $1,200 he paid for his flight on Singapore Airlines wasn’t worth the customer service that the world-famous flight attendants gave him.

What happened on Josh Cahill’s flight?

According to one of his videos detailing his flight experience with Singapore Airlines, the YouTube vlogger said that the experience “was a bit of a letdown.”

He said that the facilities, amenities, and food were top-notch. He praised the quality of the seats and how much room the economy class ticket he got gave him. He noted that the in-flight entertainment was good, but that it didn’t compare to other airlines. He said that the economy flight he was on that ran from Changi Airport to London’s Heathrow Airport.

He also sang praises for the well-stocked rest room on the flight, and even took videos of what passengers could expect.

Another one of the high points of his flight was the food, which was delicious, according to his video. He also noted that he would like to eat more of the ice cream served on the flight.

So what went wrong?

According to his vlog about the flight, what made the flight a tad disappointing was the lack of engagement from the flight attendants.

He mentioned that the flight attendants were not making eye contact with the passengers, and that they were zipping around the cabin, always busy. He was hoping to have a more engaged and friendly crew attend to him on the flight.

He cited that the Singapore Airlines attendants were known to be the “best trained in the world” and are even considered the “friendliest in the skies.”

Cahill expected that the stewardesses would try to get to know their passengers and engage with them. When this wasn’t happening, he went for a little stretch, but was quickly asked to return to his seat.

Cahill also noted in his video that he got a much better experience with flight attendants on Malaysia Airlines, whom he said were much more engaging and “personal” with their service.

He attributed the nature of his experience in Singapore with a possible checklist that the Singaporean attendants had to do as part of their job.

What did netizens have to say?

Netizens from all over the world disagreed with Cahill, and most of them noted that he was on an Economy ticket, and that it’s normal for attendants in that part of the plane to be swamped with work.

Some noted that for the flight attendants to even know your name, you’d have to be in business of first class.

What do you think of Josh Cahill and his economy flight on Singapore Airlines? Let us know in the comments! 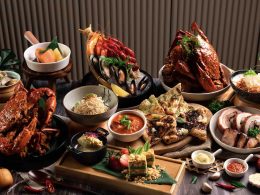 Inspired by the colourful heritage of Singapore and Malaysia, the all-day-dining restaurant, Spice Brasserie at PARKROYAL on Kitchener…
byalvinology 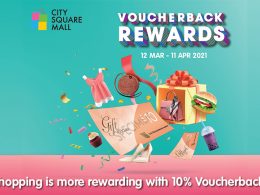 Enjoy a month-long of amazing rewards, discounts and exclusive deals at City Square Mall from now till 11…
byIrone Kim

Keio Plaza Hotel Tokyo is proud to announce the strengthening of its collaborative relationship with Sanrio Co., Ltd.…
byIrone Kim
Power up your child's learning with Geniebook.
Sign up for free demo
This is default text for notification bar
Learn more