Tan Sen Yang, the 27-year-old who was allegedly in possession of a karambit knife that may have figured in the Orchard Towers murder case, has finally engaged the services of lawyers. According to a report by Channel News Asia, the suspect is now being represented by Eugene Thuraisingam and Suang Wijaya, from Eugene Thuraisingam LLP. They appeared in court along with the accused on August 8.

Tan currently facing charges of murder with common intention, and faces the death penalty if convicted.

Last of the accused to get legal representation

All of the accused in the Orchard Tower murders case except Tan had a lawyer present on their August 2 hearing date, but none of them made an appearance in court. Three of the accused who had their charges reduced were out on bail, while the ones still charged with murder such as Natalie Siow Yu Zhen, Ang De Yuan, and Joel Tan Yun Sheng were still in psychiatric evaluation. They did, however, appear in a video call during the hearing.

The families of the accused were also present during the August 2 hearing.

Read about the August 2 hearing and what went on in the court room here.

Who is the lawyer of Tan Seng Yang, the accused allegedly in possession of the karambit knife?

Who is Natalie Siow Yu Zhen? Read about the girl who may get the death penalty for the Orchard Tower Murder.

All of the accused in the case who were charged with murder with intention have been evaluated at the Institute of Mental Health. With their examinations done, the next is to wait for the autopsy of the victim. Tan, Natalie, Ang, and Joel were the suspects were charged with the murder of Satheesh Noel Gobidass after CCTV cameras caught a violent altercation at Orchard Towers on July 2. The incident happened on Tuesday at 6:25 in the morning.

As for the rest of the accused, who are Loo, Chan, and Tan Hong Seng, they were charged with consorting with a person with an offensive weapon. They will return to court on August 29, and are out on $15,000 bail. With their reduced charges, they are no longer in danger of the death penalty, but only up to three years in prison.

Read about the karambit knife, which Tan allegedly had on his person earlier on the day of the murder.

Are you a Standard Chartered Credit Cardholder? If so, you are in for some real dining treats and…
byalvinology 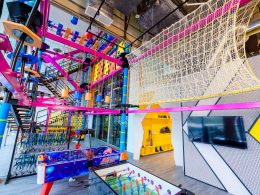 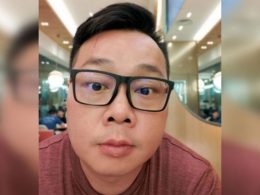 Christmas is the season of giving, at the same time, it is also the season of sumptuous meals…
byIrone Kim
Power up your child's learning with Geniebook.
Sign up for free demo
This is default text for notification bar
Learn more