Update on Orchard Towers murder: each defendant has lawyer, except Tan Sen Yang

Natalie Siow Yu Zhen and five other defendants involved in the Orchard Towers murder appeared for another court hearing on Thursday (1 August), where they were updated on the progress of their cases and received their next hearing dates.

Tan Sen Yang, 27, was the only defendant charged in the case who was not in court. He was allegedly in possession of a karambit knife on the fateful morning of July 2, when 31-year-old Satheesh Noel Gobidass died after a brawl with Tan and his six companions.

Although four of Gobidass’s alleged attackers – Tan Sen Yang, as well as Siow, 22, Joel Tan Yun Sheng and Ang Da Yuan, both 26 – face the murder charge, it has become apparent that they are going to be tried in court on different tracks.

With the exception of Tan Sen Yang, the three co-accused attended court via a video link on Thursday.

Natalie Siow and Joel Tan have completed their mental health assessment and their next hearing is on 12 September. The results of the assessment were not shared in court.

Siow appeared calm, albeit with a frown. After her case was heard, a large group of people in the gallery, walked out of the court room together. One of them, a middle-aged woman, looked visibly teary-eyed.

Ang’s next hearing date, however, will be on 15 August. He will need to undergo an additional two weeks of psychiatric evaluation, said the court.

Ang, who was not represented by a lawyer when he last appeared in court on 11 July, is now represented by Kertar Singh of Kertar & Sandhu LLC. This leaves only Tan Sen Yang as the only defendant from this case who still does not have a lawyer.

Those not facing murder charge will face additional charges

Three of the remaining alleged attackers – Tan Hong Sheng, 22, Loo Boon Chong, 25, and Chan Jia Xing, 26, have been out on bail, and attended court in person. They currently face the charge of consorting with a person carrying an offensive weapon in a public place, but are likely to face additional charges. Their next hearing has been scheduled for 29 August.

Tan Hong Sheng and Chan are also represented by the team of lawyers from Invictus Law Corporation. Loo is represented by Diana Ngiam, Sunil Sudheesan and Sujesh Anandan from Quahe Woo & Palmer.

Tan, who is the oldest among the seven defendants, is also the only one who was allegedly armed with a weapon – a foldable karambit knife. Mr Josephus Tan of Invictus Law Corporation said that Tan’s family had approached him to represent the accused in court, but was unable to do so due to a conflict of interest. The Invictus team is currently defending three other defendants of the same case.

“I believe that Tan’s parents are down and out,” Mr Tan told Alvinology.com.

If they are unable to engage a lawyer for their son, the Supreme Court will assign the defendant legal counsel under the Legal Assistance for Capital Offences (LASCO) scheme. However, this could take six to nine months, said Mr Tan.

If the court hearings of his three present clients are concluded before that time, he would be happy to represent Tan Sen Yang, he said. 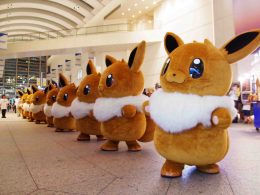 Boogie with Eevee across two editions of this adorable Eevee Dance Parade at Sentosa, participate in the Eevee Adventure Mission and claim attractive prizes!

Get ready to go on an Eevee Adventure in Sentosa from December 2021 to February 2022! With a…
byIrone Kim 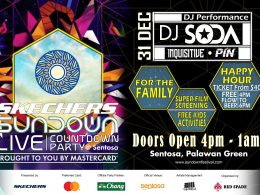 After a two-year hiatus, SKECHERS Sundown Festival is back with its very first, year-end countdown party – SKECHERS…
byIrone Kim 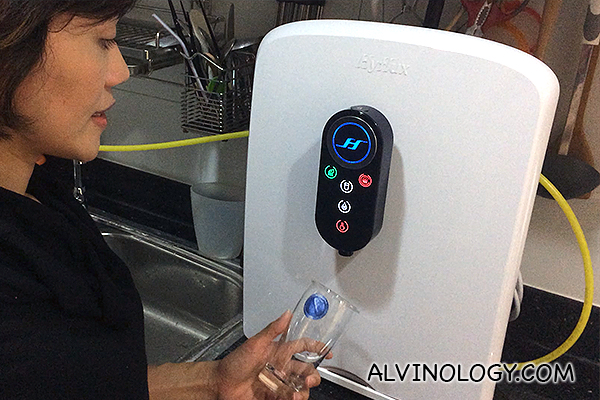 UPDATED on 25 Nov 2014 – The Winner has been chosen. Congratulations to Jacqueline for her comment: “Hi…
byRachel Chan Another year, another set of billionaires from Singapore set to fight it out to be on the world’s…
byDanielle Ann
Power up your child's learning with Geniebook.
Sign up for free demo
This is default text for notification bar
Learn more