Let’s just point out that Natalie Siow Yu Zhen is the name of the woman charged in the case of the murder of a 31-year-old man in Orchard Towers, but a lot of Singaporeans on the internet would rather talk about how she’s allegedly an attractive girl who happens to be in jail. If she is even the woman in the photos they’ve been sharing.

Popular Singaporean message board Eat-Drink-Man-Woman now has the honor of hosting the unofficial Natalie Siow Yu Zhen fan club, where men have started posting pictures of a woman named Natalie Siow, allegedly one of the persons charged in a horrific murder.

According to a previous report, Natalie Siow Yu Zhen is named as one of the accused in a murder case. The victim, 31-year-old Noel Satheesh Gobidass, died after he was allegedly assaulted by Natalie Siow Yu Zhen, 22; Joel Tan Yun Sheng, 26; Chan Jia Xing, 26; and Ang Da Yuan, 26. They were charged with one count each of murder with common intent. The charges were declared on July 4.

Video evidence from the mall that were picked up y media and went viral online showed a woman and a group of men all gang up on Gobidass in the mall, who tried to escape by running up an escalator. He was still followed and the beatings continued. Some people even made animated photos of the brawl, which showed a long-haired woman in a grey top, denim shorts, black slippers and a black crossbody sling bag run back and start beating up the victim along with a host of other assailants.

Read about Natalie Siow Yu Zhen and what she and her group did to the man murdered in Orchard Towers here.

For some reason, people began searching the internet for the identity of the people charged in this high-profile crime. Upon stumbling on the Facebook profile and Instagram account of a woman named Natalie Siow, online sleuths have alluded that she was the one involved in the crime. While her figure and profile are similar with the long-haired woman in the video, there is still no confirmation that the woman they’ve built the fan club around is the same woman charged with the crime.

To their credit, though, there hasn’t been any new post on the said woman’s social media accounts since the report of the crime went live. For the meantime, people assume that the Natalie Siow Instagram and Facebook photos are of the correct woman.

What are people saying about The Natalie Siow Yu Zhen fan club?

Here are some of the comments of her fan boys:

Some of them say she’s pretty enough to be an actress on television.

Others, while being part of her fan club, still think that she should go to jail. They probably still think she’s pretty too.

This one is definitely a fan, or he’s a troll. Either way, the person thought long and hard enough about the tattoo she has to form an opinion. He also seems to know a lot about gangster tattoos.

This person thinks she may be pretty bad ass, but they still like her.

This one is clearly a hardcore Natalie Siow fan.

Natalie and her co-accused will be back in court on July 11, where court proceedings may lead to a death sentence, since they are being charged with murder. 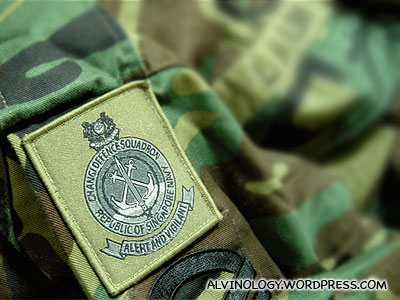 It’s that time of the year again…

Sibei sian! 🙁 I have to report back to camp in a few hours time. In case you…
byalvinology 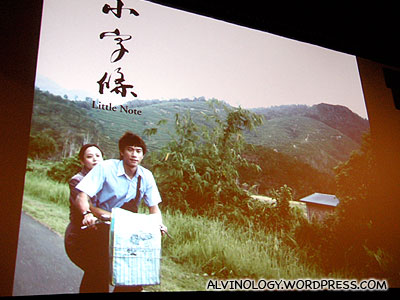