In a report by Asia One, an unnamed entertainment industry expert said that the driver who was able to record the 50-year-old Andy Hui and younger actress Jacqueline Wong in an intimate moment had a payday worth $70,000. Other reports even said that the driver was paid more than double the amount.

But the amount doesn’t matter as much as the person who paid the amount. Media have speculated that Apple Daily News could have paid for the leak or for the footage, but Asia One alleges that the payment and order to leak the video came directly from the most injured party in this real-life drama: Sammi Cheng!

Did Sammi Cheng leak the video of her husband and Jacqueline Wong?

The same report alleges that the leak was orchestrated by the singer herself, who may have been motivated by her husbands admitted infidelity.

Read about how Andy Hui apologizes to his friends, his family, and Sammi herself.

The report alleges that Sammi had paid the driver of the vehicle where the intimate moment was taken to leak the video for an unknown amount (speculated to be $70,000 up to $200,000), so that the affair would fall apart. This would supposedly prompt Andy to go back to her and for Jacqueline’s career to bomb.

While the former is hard to confirm or observe, the same report says that the latter effect could already be happening to Jacqueline. In previous reports, the 30-year-old actress has taken a break from work, and that her projects have been shelved, some of which were television shows.

All these speculations have been declared rubbish by famous TV presenter Cheng Hung-yi, who said that Sammi would never let herself look this bad to the public.

What was in the video between Andy Hui and Jacqueline Wong? Read about it here.

What has happened to Jacqueline Wong?

Jacqueline had published an apology after her boyfriend Kenneth Ma defended her to the public in a press conference. It’s important to note, though, that Jacqueline did not apologize to Sammi in her Instagram post. Take a look at it below:

I hereby sincerely apologize to all those affected and injured by the incident. I have to face such a serious mistake, I can’t face myself, I don’t know how to face my family, Ma Ming, my friends, my company, my colleagues…

I don’t dare to ask everyone for forgiveness, I only beg you to give everyone all the rewards. Give the person involved a little space. I seriously reflect on my own mistakes and accept punishment to bear the consequences. Once again, “I’m sorry everyone.”

Kenneth Ma has spoken up for Jacqueline, asking people to be lenient with her since she is young, and that he cannot comment on Sammi and Andy at all. He has also asked his mother to stop entertaining questions about the matter.

Who is Jacqueline Wong? Read about the woman in the intimate leaked video with Andy Hui.

Another entertainment industry personality, former Mr. Hong Kong Flow Cheung has said that people should not believe in everything in show business, including couples. He alleged that Kenneth Ma and Jacqueline Wong are simply a show couple.

What it means, only she can say.

What do you think? Could the circumstances of the leak be as such? Let us know in the comments!

Lydia Sum, well-respected Hong Kong comedienne, passed away at around 8am on 19 Feb 2008. She lived 60…
byRachel Chan 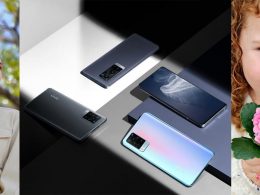 Shopee continues to drive the 11.11 shopping phenomenon in the region as it set new records on 11…
byIrone Kim