One can only wonder what was going through Andy Hui’s head when he fronted an urgent press conference yesterday to apologise to the world for his “personal indiscretion (the politically correct term for cheating – remember David Ong and Michael Palmer in Singapore?)”.

He must have regretted getting into the same taxi or private hire car as Jacqueline Wong after a night of drinking. Then again, we never know how long the two of them have been an item except for this one moment when they were both captured on video.

In a nutshell, the leaked video on Apply Daily featured famous Hong Kong singer, Andy Hui Chi-on (許志安), 51, making out with an actress, Jacqueline Wong Sum-wing (黃心穎), 30, in a car. Both of the celebrities are attached. Andy is married to Canto-pop Queen, Sammi Cheng, while Jacqueline is dating TVB actor Kenneth Ma.

The cheating couple was seen kissing and hugging each other multiple times in the car and were headed to the same destination together. This was even though Andy was heard at the start of the video assuring a concerned male friend that he will just be sending Jacqueline home and going back to his own home after that.

During the last minute press conference, a stern looking Andy Hui first addressed the audience with a deep, long bow before he proceed to apologise to everyone, including his wife, Sammi Cheng.

Andy claimed that he had a lot of drink that evening of the video recording. He then manned up and said it’s still not an excuse for his behaviour and went on to say that he felt disgusted about himself after reading the news reports.

“From now on, I will be stopping all work commitments until I find my true self. I do not know how to move on from here. I hope to be given time to re-examine myself.” Concluded Andy.

It seems that Andy Hui will be going into hiding for sometime after this saga and will be taking a hiatus from his showbiz career.

Is this the end of the road for Andy Hui and Sammi Cheng?

It remains to be seen as Sammi Cheng has yet to speak to the public about her husband’s indiscretion.

Jacqueline Wong had not said anything as well, but judging from what Andy said during his press conference, his dalliance with Jacqueline was likely just a casual fling which he is seriously regretting now. If that is the case, Andy Hui probably wants to be with his wife Sammi Cheng – provided she is willing to forgive him.

Sammi Cheng, 46, and Andy Hui are one of the Chinese entertainment industry’s most watched couples because of their sheer status as two of Cantopop’s biggest stars.

The couple were linked romantically from as early as 1991, before they went public in 2001. They then broke up in 2004, leaving many fans heartbroken. Later, in 2011, Andy Hui announced that he and Sammi Cheng were officially dating again, much to fans’ delight. Famous comedian and friend Dayo Wong once described the couple as “Hong Kong’s last fairy tale”.

There’s something bitter sweet about a celebrity couple that been through thick and thin, ups and downs together through over two decades. Plus Andy Hui and Sammi Cheng really do seem like a pair made in heaven to be together forever.

It seems this bond is being tested now. Would this be the end of the fairy tale?

At least Andy Hui was man enough to admit his mistake immediately and publicly apologise plus take responsibility for his actions.

Huawei announces the availability of Huawei Pay in Singapore, just in time for the sale of HUAWEI P40…
byIrone Kim 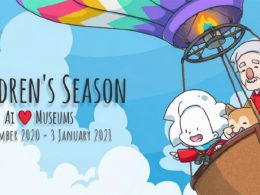 Children’s Season 2020 – join Ai and his grandfather on a journey of discovery as they explore the wonders of Singapore’s many museums, virtually and physically

Jointly presented by the National Heritage Board (NHB) and the Museum Roundtable (MR), the annual Children’s Season aims…
byIrone Kim 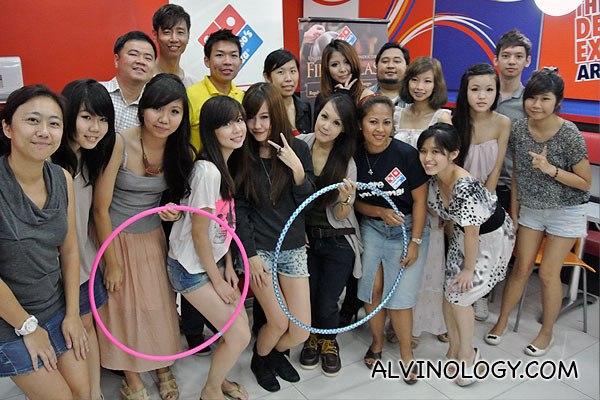 On 3 May, 16 bloggers headed down to Domino’s Pizza @ Kovan for an “Ultimate Hawaiian Party” in…
byalvinology