Unless you were living under a rock a few months ago, the news about award-winning international Instagram star Daryl Aiden Yow and his fall from grace must have passed you by. Proven to have edited and even used stock photos to enhance his “IG photog” cred among the platform’s content creation stars, his downfall was something that went viral and stayed that way for quite some time.

Read how Daryl Aiden Yow faked his own work by using stock photos, other people’s work and editing them heavily!

Let’s not forget that his brother, Craven Yow, was also in the news for incriminating photos of his own–doing questionable things and revealing classified informtaion while in full SAF uniform! Talk about a family brought down by photographs.

We always thought his brother, Craven Yow, was in more trouble than Daryl would ever be.

But like any news or issue that crops up online, all it takes is a little time for the public to shift its views to other personalities and downfalls.

Take a look at his apology post here, just to refresh you about how he feels about what he’s done:

And for Daryl, the time to shift his online presence to a more positive note is now.

While none of us are stunned that th’es back on Instagram (he did, after all, have those multinational content deals and endorsements for brands), what may be the upset of the year is that he will be even more famous for what caused his fall from grace in the first place.

Daryl has started TEACHING his loyal Instagram followers on how to achieve the same effects he was able to create when people thought he just took amazing photos.

If you head over to his Instagram account, you can see that he’s posting some quick tutorials and lessons on how to upgrade your usual photos with some editing techniques which he’s learned (and applied very well) over the years.

Take a look at some of them here:

Slide through the Instagram photos to see his quick tutorials and suggestions for aspiring photographers like him who want to “get creative” with shots.

As you can see, he currently has 112,000 followers (way more than you) and is steadily growing. While he still gets some bashing in the comments of his photos, he’s basically doubled down on his truth in a big way–by seeing the value in what he does and taking away the posing and inauthenticity.

At least now he’s pretty transparent that a lot of his work is heavily edited–and it seems he wants that to be a norm of some kind. What do you think of this development? Let us know in the comments!

Want to refresh the irony that was Daryl Aiden Yow’s first time facing the internet lynch mob? Read about it here. 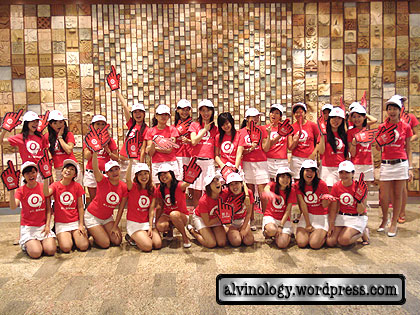 Did you see these thirty ladies yesterday down Orchard Road? omy.sg organised street march yesterday as one of…
byalvinology 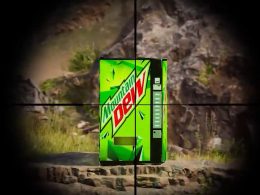 PUBG Mobile Dew Challenge 2020 – Singapore and Malaysia PUBG players are invited to compete for their share of the estimated SGD 65,000 prize pool