Some of you may know Daryl Aiden Yow as he is known for his photography and influencer status on social media. Well, read on to find out more about him and why he has come into the limelight lately.

An article by Mothership highlights an alleged copyright issue with Daryl’s photographs on Instagram as they seem to be copying other photographers’ works. Is Yow the real deal or is he a conman as insinuated by Mothership? Read Mothership’s article to judge for yourself.

In summary, the article highlighted the startling similarity between some of his pictures with those taken by others in the past. It is mentioned that some of these similarities were pointed out by readers as well. In the picture above, it is clear that Daryl’s photo (posted in January 2017) was taken some time after the original by “visitifaroeislands” was posted in March 2016.

There are around 12 photos listed in the article which show copyright issues and some of them are even dubious to the extent where the scenes showed in the photograh are realistically impossible and would have to be heavily edited or photoshopped. This could prove to be a serious issue for Daryl as the original photographers could sue him for copyright and this would certainly also be something that his clientele would note.

Some of the images were even included on his portfolio page.

It is mentioned that the incriminating photos have been removed from his account since Mothership started writing about it. His post count of 1165 has drooped to 1151 and he has added some credits to his photos where necessary.

Daryl is an Nanyang Polytechnic graduate and has a huge presence online, with 100.5k followers on Instagram.

Before becoming known for his photography, Daryl also posted covers of pop songs on Youtube in 2013. Most recently, he posted a few dance cover videos including one with influencer Christabel (better known as bellywellyjelly on Instagram) although the video cannot be viewed due to music copyright reasons.

According to his blog, Daryl’s “interest in photography was sparked during his first retail business venture”. Daryl has been mentioned on several news sites for his photographs and online presence as well as attended a few media events. For example, he attended Plaza Singapura’s Stylefeed Fashion Party to share some tips on photography!

An article on TodayUpFeed also mentioned him as one of Singapore’s hottest influencers. He was complimented as having looks akin to a KPop star. 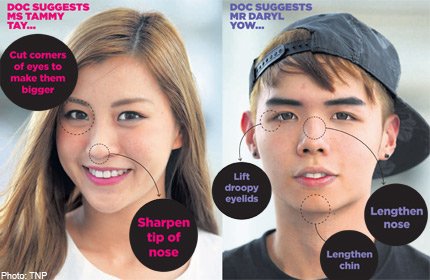 Another article by AsiaOne highlights how he was sponsored to go for cosmetic surgery to lift his “droopy eyelids” as well as lengthening his nose and chin to balance out the procedure. In the article, he had mentioned being slightly hesitant about the procedure as he would have to blog and share about it openly along with the sponsorship. On his ask.fm account, he shared some details of the surgery, such as that he had soft sillicone inserted into his nose and that it should last for around 5-10 years. On his ask.fm account, he also shared some other personal details about his life such as his sexual orientation and his social circle.

If you are not convinced by Mothership’s damaging article which alleged exposed Daryl Aiden Yow as a conman of sort who plagarise and rip off other people’s photography works blatantly, you can contact Yow to engage him as a photography or videography influencer at [email protected].

Note however, that there’s a whole series of troll posts under #darylaidenchallenge which is being churned out regularly as joke posts on Instagram at the moment to mock the dude.

What do you think about this scandal? Let us know in the comments below! Can the AI-enhanced photography features of the revolutionary Huawei P20 Pro really be better than a DSLR? We…
byalvinology