Some of you may have seen our recent article which compiles a range of reactions to the Daryl Aiden saga. Well, some netizens decided to take it further and start a #DarylAidenChallenge! Under the hashtag, there have been over 250 posts which are mostly spoofs of Daryl’s photoshopped work.

Many people used stock images from websites like Shutterstock and purposely left the watermark on the image for a comical effect.

They also tag Daryl’s sponsors for fun, pretending to be sponsored by them as well. Some people even photoshopped themselves “being at” ridiculous places such as the moon (above!) to indirectly offer a sarcastic jab towards Daryl’s proclamations that he had too been to the places featured in his images. Other than Scoot which used the saga in one of their advertisements, some other companies also made use of the hot issue to advertise indirectly such as by photoshopping their products in images under the hashtag. There are also netizens who joined in the challenge to air their views on the issue such as user “royalmeownesspixie” who added a lengthy caption to her photo discussing the saga and commented on the importance of giving due credits and the ills of plagiarism.

Daryl’s Response to the Saga In response to the saga, Daryl took to Instagram and posted a response on both his story and as a post (with a blank black-background image).

In summary, he admitted to his wrongdoings but also justified his actions in certain areas. He also asked for forgiveness from fans and those who had been supporting him all this while.

While he may seem rather repentant, it is uncertain whether longtime fans and clients will be convinced as what he has done is a rather severe mistake that has inevitably tarnished his reputation as a professional photographer.

This incident also emphasises to netizens the importance of being sincere and genuine when posting works online, especially for influencers as the public does react harshly to scandals such as this when they arise. This Mother’s Day, Philips has put together a curated list of some of their best-loved ‘superstar’ tech products…
byalvinology 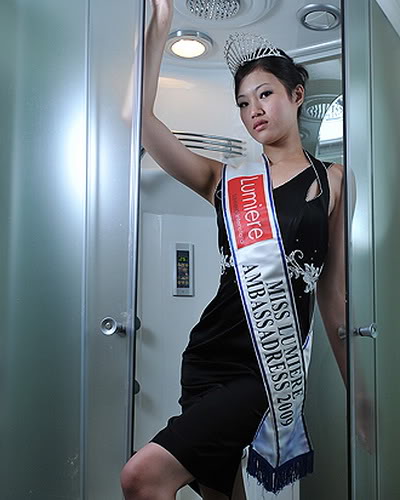 Who is Ris Low?

Ris Low is the newly crowned Miss Singapore World 2009. She has managed to earn herself a wikipedia…
byalvinology During days of haze, many of us were hiding indoors to stay away from the bad particles in…
byClaudia Lim

March Monster Mash at Gardens by the Bay

This March school holidays, consider bringing your little ones to Gardens by the Bay for heaps of ‘monstrous’ fun!…
byalvinology