This year’s Miss Bikini Singapore, Feline Wong Xin Yi, has officially been stripped of her title, as per emails leaked in a FAcebook post found on her personal page, taht demands her to return the trappings of her win.

Feline was not asked to return her prize money, which was supposed to amount to $1000, since she has yet to receive the amount.

The email, which was sent by the Miss Bikini Singapore Camp and Vault Faces, tells Feline to return these three things by October 8:

According to Feline’s October 9 Facebook post, she is asking the event organizers to prove that she has breached her contract and is warranted this “stripping” of her title.

It does not come to any surprise to Feline that she isn’t asked to return the prize money that the event was supposed to award her, which would amount to $1000, because she has not received the amount, even when the event had been held almost a month ago on September 15 in Sentosa.

The Miss Bikini Universe pageant is done in several countries, with girls from each country set to compete. Check out photos of the other girls on their Facebook page here.

How had it gotten this bad?

According to Feline’s Facebook post, the whole fiasco started even before the pageant had gotten of the ground. In a series of screenshots of Feline and a person named “Dana” who appeared to be the organizer of the event, discussions on the viability of the pageant were apparent, as Feline mentioned that she felt that she was only inlcuded in the top rank of the pageant because of lack of contestants.

Some discussions in the screenshots showed Dana asking Feline if she had any other friends to include in the pageant on the said date, and that the situation was not ideal. Feline, nonetheless, said that she would help out and had managed to convince some more contestants to join the pageant.

The person, Dana, whom Feline was speaking to, said that this is her first time organizing such an event, and that help from Feline was greatly appreciated.

Photos from the pageant showed Feline winning the title.

But the story does not end there.

In some of the photos shared by Feline, you can clearly see that she received a large board that showed her entitled to winnings amounting to $1000.

According to the screenshots, Feline has said that she asked “Dana” for updates when the winnings would be awarded, and that some part of the conversation implied that there would be an update during the subsequent photo shoots after the event.

The conversation, though, was seen to devolve to an argument when Feline was called rude and that the person she was talking to had hence said that lawyers will be used against her if she does not cease with her messages.

“I have nothing to hide so let me share my full conversation, since some of you are wondering why I censored the convo out. I censored it to protect the nature of the pageant selection, because this was not my objective, I do not want to complicate things.

Yes, to add on to the censored phrase. She did not have enough contestants to begin with. So I helped her to take part in this pageant as 1 of the contestant and got 2 of my friends to take part too because she “was” my friend. Turning the story back, she mentioned that I was ungrateful, hence my message to her.

I want to emphasize that it’s no longer about retaining the title nor the cash prize. This is against my integrity and principle.
However, I am still holding on to the title because if I were to give in, it would mean that i’m guilty of the accusation she made against me.
I think I deserve an explanation before I got executed on something right?”

What do you think of this development in the Miss Bikini Singapore pageant? Let us know in the comments! As part of AccorHotel’s goal to drive innovation and attract the best talents to the hospitality industry,…
byKaryn Cheong 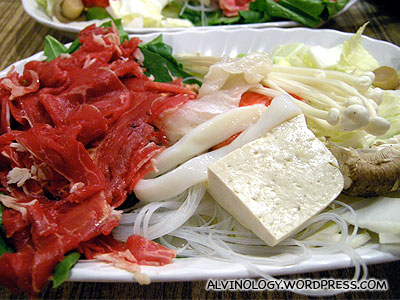 Hotpot Culture is a restaurant located in Marina Square that specialises in hotpot (火锅). They offer a wide…
byalvinology 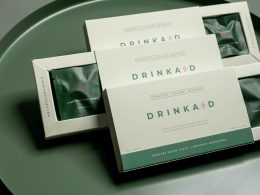 Situated amidst Labrador Nature Reserve, Tamarind Hill is about a 15-minute walk from Labrador MRT Station. And yes,…
byStaff Writer