The shakeup at Pokka doesn’t seem to have affected Vivian Lai, the 41-year-old Media Corp actress and host, who was reportedly paid $ 1 million to endorse the beverage in 2012.

According to reports from Channel 8 and other outlets, the drink company has gone through some major changes the past few months, some of which involve Vivian’s husband, who previously held a top post in the company.

According to reports, Vivian’s husband Alain Ong has figured in a massive change in management, where he was removed as one of the leaders of the company. Under his leadership as the CEO of Pokka, Vivian was chosen as the brand ambassador and has been the face of the drink since then.

Singaporeans are certainly familiar with her image drinking tea against a green backdrop as the regular Pokka ads rolled out in television day after day.

Reports said that a reshuffling of all the top executives (but some reports have mentioned the word “Dismissed”) of the company (not just Alain) has occurred and that the reason stated was an “internal audit.”

Some reports have said that Alain retains a high position in the company, but no longer that of CEO. More reports have showed at Rieko Shofu, the Pokka Group CEO from Japan, has been flown in to take over his role and deal with the change in leadership. But the changes happened back in April, so Rieko has been working at the company ever since the second quarter of this year.

The brand ambassador role that Vivian has taken up has been hers for ten years, and no reports have shown that her position as the same is in any trouble so far.

What’s more, she and her husband recently purchased a new property, which has been featured online, around the same time that Rieko had allegedly taken over Alain’s duties.

The feature of Alain and Vivian’s new house was published in Home & Decor Magazine’s April 2018 issue.

Take a look at some photos of the house below. Vivian said that she had always wanted to own land and property as one of her ultimate goals in life. According to Home & Decor Singapore, the home allegedly cost $8 million. The Master bedroom is on the second floor while Vivian says her daughters’ rooms are on the third floor. Vivian said that her home’s theme is minimalist.

Her kitchen, patio, and ground floor living area is one flowing space. Netizens react to the news

Being a long-time actress active on both social media and local television, Vivian is well-known and Singaporeans are quick to offer opinions on the matter of her house and husband. Here are some of their reactions:

Which Tan has the Best Presidential Election Campaign Slogan?

Dear Fellow Singaporeans, The race to the Istana is now on for four Tans. Would you want a…
byalvinology 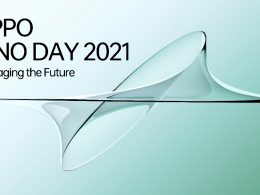 OPPO announces that it will be hosting its annual OPPO INNO DAY on 14-15 December 2021 in Shenzhen,…
byIrone Kim The inaugural Work For A Stay programme offers post-secondary institutions graduates and job seekers who are keen to…
byDanielle Ann
Power up your child's learning with Geniebook.
Sign up for free demo
This is default text for notification bar
Learn more