It is interesting to note that the quarrel was sparked by the reporting of the traffic accident involving local celebrity, Rui En. Rui En has since issued an apology through her management agency, Hype Records, and shared her side of the story. Regardless, she is still the fire-starter, causing the two new sites to gnaw at each other’s tail.

It all started when Mothership published an article with a sensational headline, “SPH got rid of articles alleging Rui En was drink-driving”, giving the impression that some form of censorship had occured. In the article, Mothership claimed that SPH had removed references of drink-driving from articles on StraitsTimes.com and AsiaOne.com, and had also made changes to the headlines without notifying readers.

AsiaOne refuted Mothership’s allegation on their Facebook page, stating that due to the way their online content management system (CMS) works, the URL of the article had changed when they updated the headline, even though the article was never taken down.

Thanks to Rui En, we have two news sites bickering with each other over alleged censorship. It reminds me of the whole Lee Wei Ling versus SPH, then versus her brother saga all over again.

With social media, all the quarrelling now gets aired for public viewing online.

Who benefits from this?

Mothership and AsiaOne will both benefit in terms of page views, thanks to all the kaypohs who die-die must find out why they are quarrelling.

Then there are the opportunists of course, people like me who is writing about the two news sites quarrelling, hoping they will link to my article to share some of the page views generated.

From my own standpoint, I do not think AsiaOne or Mothership are doing this to earn more views or to get more money. Especially not the former which is a very profitable web portal on it’s own, without having to stir shit.

It is probably more a case of differences in journalistic conventions and how their respective newsroom works, including the kind of CMS they use. I am saying this because I have worked with SPH previously and also have experiencing running my own content sites like Alvinology.com and Asia361.com. I can see where both sides are coming from.

Is one side stirring shit? AsiaOne or Mothership? Or both sides are just as guilty?

On a side note, I for one admit guilt on my part. Guilty as charged on trying to capitalise on the saga to boost the pathetic page views of my site compared to the two powerhouses. 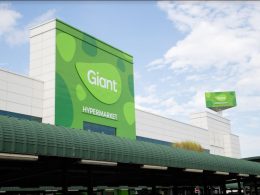 Giant Hypermarket invests an additional $4 million to keep everyday prices lower to the end of 2021; also lowering prices of the top 100 most consumed products

Portable, powerful and ready to party, the JBL PartyBox On-The-Go is here! Designed for the ultimate mobile party,…
byIrone Kim 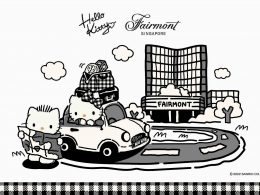