Earlier this year, Alvinology reported on the theft of a genuine Rolex watch worth $30,000. Two Kaplan students – Jim Bradley Misso Wen Ping, 20, and Joshua Chua Yongcheng, 24 – had swapped a genuine Rolex Full Gold GMT with Jade Dial with a $500 replica during a meet up to supposedly purchase the item.

According to a report by Stomp, Misso was sentenced to 14 weeks in jail for voluntarily causing hurt and one count of criminal breach of trust.

According to reports, Thomas wanted to sell the watch so that he could raise money to buy a house. How did the crime happen?

To recap from our previous post, the victim of the crime Thomas posted that he was contacted on Carousell by Misso, who wanted to see the Rolex before buying it. He and the Misso agreed on a meet up, even though Misso was not able to afford the watch.

So Misso and Chua hatched a plan to steal the watch. Chua formulated the strategy while Misso agreed to help him. They purchased a fake watch for $500, intending to use it to swap it out for the real one.

Chua contacted Thomas separately, to ask about the watch at a later date. Thomas was unaware that Chua and Misso knew each other.

During the meet up, Misso had already prepared the fake watch. He performed the swap while supposedly checking the illumination of the genuine Rolex under the table. He pocketed the watch and passed the counterfeit to Thomas’s fiancee.

Thomas only found out that the watch was fake when he arrived home later that day. He later filed a police report.

Another student was implicated for putting the watch into safekeeping.

According to reports, the two were caught a few weeks after the crime was committed at Tuas Checkpoint.

History of violence and in the circle of influencers

While Misso was not the mastermind of the crime, this was not his first time violating the law. He had previously gotten into a fight with a 19-year-old in Clark Quay.

He punched the victim and ended up giving the latter permanent facial scarring.

He has also been seen in the company of other influencers, having appeared in their videos and Instagram posts.

Misso is a grey hoodie on the right. He also appeared in a photo with Lilith, the girl who filed a police report against Eden Ang for sexual harassment.

Here are some comments on the web about how this whole thing happened.

Some commented on the school the two came from. They said that students from Kaplan at street smart.

Others thought he looked Filipino.

A lot of Singaporeans take issue with how kids are named nowadays.

And others do know him from the influencer circles.

Happening over four weekends from 19 July to 12 August 2019, this year’s Sentosa Grillfest will feature the…
byIrone Kim 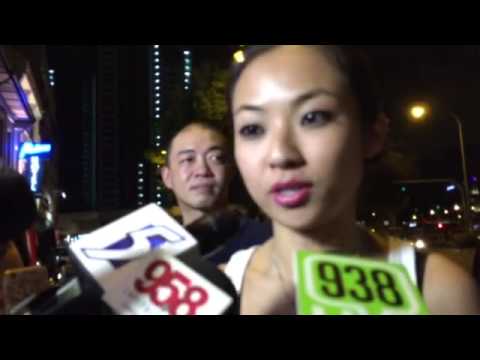 Watch and judge for yourself. For Kevryn Lim, it’s about transport issues which affect her and her event…
byalvinology