Some photos were shown to have allegedly been modified to include him or be called his own work, which he posted on social media.

His brother, Craven Yow, has since tried to defend his brother, but also asked people if they had never made a mistake.

Read about Craven Yow’s defence and how he may be in trouble for posting SAF training photos on Instagram.

In the wee hours of June 22, Daryl has taken down all his posts on his Instagram account, where the alleged photos were posted (but the internet took all the screenshots and there really isn’t any getting away from this).

What’s left on his Instagram account is a photo showing only the color black with this message. Take a look:

Here’s the full text of his apology:

Hi everyone,
I didn’t intend to release any statement regarding recent events, largely because I did not know how I could accurately express how sorry I am.

But seeing how people are now making baseless and false allegations against those close to me—simply by mere association– I have decided to confront the facts instead of leaving them subject to speculation.

I did not want to let any more people down.

The outrage regarding how I have conducted myself is justified and I accept full responsibility for my actions and all consequences that arise from those actions.

I was wrong to have claimed that stock images and other people’s work were my own. I was also wrong to have used false captions that misled my followers and those who viewed my images. Having marketed myself as a photographer, I fell far short of what was expected of me and disappointed those who believed—or wanted to believe— in me. For all of that, I apologise.

Those close to me disagree with my actions and have asked, whenever they felt that something was not right about my images, that I stop my actions immediately. I did not take their advice seriously and would give reasons that I thought would assuage any concerns they had over those images—just enough so that we would move on to other issues. I let them down with my actions.

I would also like to take the opportunity to clear the air. The end-products of my collaborations with my friends remained honest and fair. Whatever my shortcomings were, I did not bring them to my collaborations.

That would not have been fair to those who collaborated with me, and they would not have allowed such practices to be carried out in any event. These people are hard-working professionals and I was hurt to see people make baseless allegations or insinuations against them or question their integrity. They should not be hounded for my errors. To that end, I hope that these baseless allegations or insinuations would stop.

According to his post, he apologises for deceiving the public with stock photos and the misused photographs that belong to other people.

He also denied that any of the photos in his collaboration work with others were doctored or plagiarised in the same way, as suspicion may have been cast on other people’s work because of his reputation.

He wasn’t this humble a few years ago

While he may seem contrite now, he was very quick to criticise other influencers and Instagram users just two years ago for practices less deceptive than his own.

Take a look at these posts:

Here he is criticising a person who employs a social media strategy that Daryl doesn’t quite approve of. He says the person asking for a survey on his profile is too “into himself.”

This coming from a guy who photoshops himself into stock photos and calls the photos his own. One thing’s for sure, Daryl and Craven’s exploits are some of the hottest topics in Singapore right now, and it’s for us to see if they can bounce back from plagiarism and possible SAF sanctions.

What do you think of Daryl’s apology? Let us know in the comments! 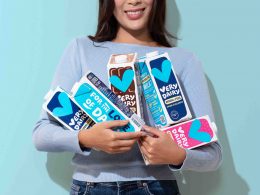 Thanks to an  invitation from Diners Club International, I had the good fortune to meet with one of…
byalvinology

I learnt how to use Wordle.net to create word clouds today and thought to compare the PAP Manifesto…
byRachel Chan

A few weeks ago, I attended a bloggers’ event organised by OCBC Bank at Group Therapy. At the…
byalvinology
Power up your child's learning with Geniebook.
Sign up for free demo
This is default text for notification bar
Learn more