Have you been eating at the Dunkin’ Donuts in ION Orchard? You may not know of one of its most scandalous incidents.

The court recently heard the case of a man who threw faecal matter at his ex-mistress last year. In September 2017, the 48-year-old man hurled his own diarrhoea at a 28-year-old woman who used to be his girlfriend.

The man is unemployed. The name of the girl is being protected by a court order.

According to the report, this man had been dumped by the girl in August 2017, and had moved out from the flat they were sharing. They had also been previously working at the same food stall, but after the man threatened her with a chopper, she left their shared flat and broke up with him through phone call.

She transferred jobs as well.

In court, the man said that he had diarrhoea on the day of the crime and decided to put some in a plastic bag. He went to the girl’s workplace and hurled the contents of the bag in her direction during work hours.

The feces hit two stalls in ION Orchard, some of the girls’ colleagues and some diners. The two stalls had to close the shops and throw out all the food that they had prepared. The cost of the whole scandal was worth more than $4000.

What are people saying about the incident?

Here are some comments about the incident:

Some people are thinking twice about dining in Dunkina Donuts, but the incident is already a year old! If you have eaten there, then there’s nothing wrong. But still, you can imagine what the scene of the crime could have looked like…

While others were quick to notice that the man committed the crime against his ex-mistress. This means that he is already married to someone else, left that person, and had cohabited with the victim for a long period of time.

And others still know to call out such a man.

Are you going to eat at ION Orchard Dunkina Donuts knowing it’s stained past? Take note that they have fully sanitised the area and the man is facing court charges.

Read about the man who will never date Singaporean divorcees. 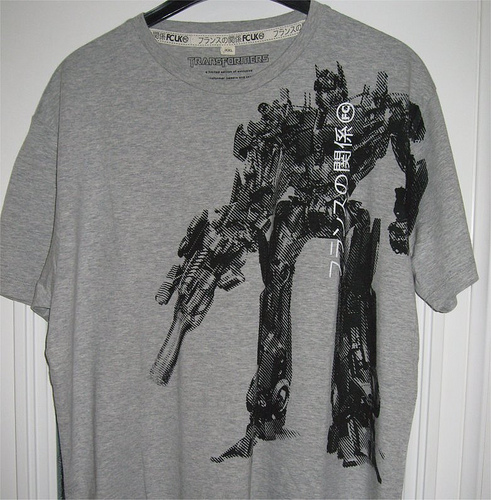 Do you find this Fcuk Transformer, Megatron tee-shirt above offensive? Will your mind be screaming terrorist alert if…
byalvinology

Christmas is approaching, and the year is coming to a close. And I always look out really hard for special…
byDresden Ling

Some of us anticipated it, others hoped we didn’t have to extend–but no matter what your opinion you…
byDanielle Ann