In one of the saddest stories to happen this year, we take a look at what happened to Annie Ee Yu Lian, the girl who was systematically abused, exploited and finally killed by a friend she had since she was 13 years old.

Who is Annie Ee Yu Lian?

According to reports, she was a 27-year-old waitress who earned $1,200 to $1,500 a month working for various restaurants. While she had to deal with intellectual difficulties, she was still able to work for a living, waiting tables at restaurants like Hot Tomato at Causeway Point.

She lived with the couple who would eventually kill her in a flat on the third storey of Block 878, Woodlands Avenue 9, on Monday morning. The two people she lived with were Pua Hak Chuan, 38, and Tan Hui Zhen, 33.

Annie and Tan had been friends during their teenage years, but didn’t maintain communication for long periods of time. But in 2011, the two made contact and Tan was able to convince Annie to break up with her boyfriend at the time.

While unclear if Tan was successful with making the couple separate, the case details said that in 2013, Annie had been persuaded to move in with the couple. Before she permanently moved in, she would stay over–calling Tan her “older sister” and Pua her “older brother.” The couple are not related by blood to the victim. 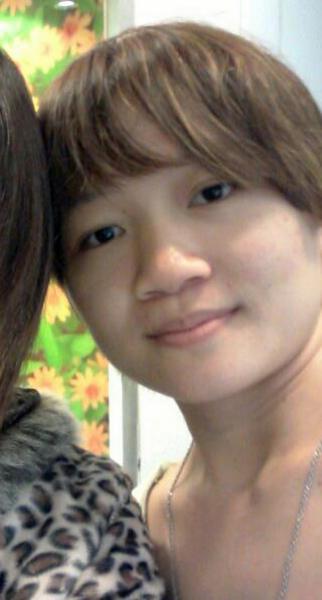 Annie moved in with the couple in 2013, and she wasn’t even required to pay rent–at the time. Tan could have been looking out for Annie when she would call the restaurants where the latter worked, asking for Annie to come home at once.

But things turned awry when a supposed bedbug infestation occurred in the apartment, and the couple pointed to Annie as the culprit.

Annie was require to pay them to get rid of the infestation, and was also asked to pay rent. As the months went by, Tan had forced Annie to surrender all of the latter’s salary to the former, with only $50 left to her as allowance. Later, that amount would be reduced to $30.

Despite the situation, unnamed co-workers and Annie’s manager said that she was gentle and sometimes made jokes with them.

But starting October 13, the manager noticed something troubling about Annie. 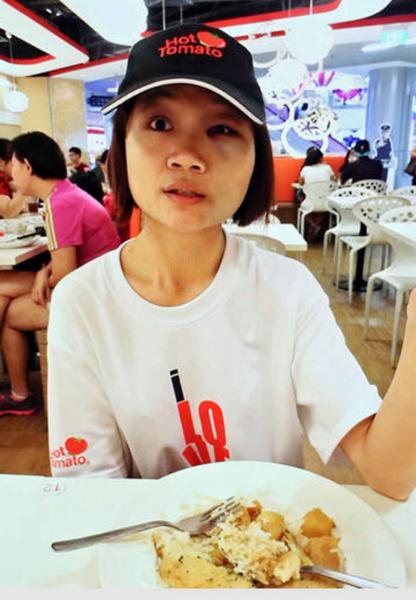 Annie went to work with bruises on her face and arms. At some point her eye was almost swollen shut and she had to hide it with her fringe or a baseball cap. She was being beaten–but she would not reveal it.

The beatings at home happened regularly, with increasing viciousness.

Her manager and coworkers asked her if something was wrong, but she always said that she was clumsy or that she fell. At some point, they saw fear in her eyes when they mentioned her “older sister.”

Tan would also call the restaurant often, asking after Annie and scolding her if the latter would go home late. Even the manager was scolded by Tan, when Annie had to come home late because of extra training and during bonus season.

According to the manager, Tan called up the restaurant to demand a larger bonus for Annie. Outwardly, people may think it’s because Tan was Annie’s advocate and defender–but in reality, Tan was already forcing Annie to hand over all her salary and to follow strict rules at home.

The beatings became so bad and happened so often that Annie developed an ear injury that needed surgery.

But Tan had wiggled out of getting to an emergency room by saying that she needed to fix a family matter before getting Annie checked. Annie was, still, not actual family.

At some point, Annie decided to leave Hot Tomato in February. This was after Tan tried to negotiate a higher Chinese New Year bonus for Annie. Reports say Tan persuaded Annie to transfer so the coworkers wouldn’t see her injuries anymore.

Annie then applied at a Japanese restaurant in Causeway Point. The manager for that restaurant recalled that Tan was with her during the interview, and did all the talking for Annie.

She was hired, and things continued to go downhill.

How badly was she beaten?

It’s not just a question of how badly Annie was beaten, but how often and for what reasons. For eight months, she was subjected to physical encounters with the couple, and did not fight back.

According to reports, Annie was regularly subjected to abuse such as, “slapping her with bathroom slippers, whipping her with a plastic belt, and banging her head on the wall. When Tan grew tired of assaulting Annie in Pua’s presence, she would instruct her husband to take over the assault, and he complied.”

“Both had also kicked and stepped on Annie’s chest, causing her to suffer rib fractures.” Reports said

Annie never called out for help or asked them to stop. In her mind, she deserved the abuse.

Sometime in March 2015, the couple brought home a roll of shrink wrap weighing about 1.05 kg. Tan began using the shrink wrap to hit Annie. When the couple discovered that she was afraid of the shrink wrap, they used it more often to hit her all over her body.

Coworkers noticed that Annie was having trouble walking at some point as well.

She died on a Monday

Things turned for the worst when the couple came home to Annie on April 12, 2015, a Sunday. Pua found her about to use scissors to cut her wrists. She was doing this because she was unable to please her “older sister” in some matter.

They left for the day and when they came back, they saw that Annie had urinated on the bed. Annie denied that she had, and for that she was beaten again. Tan asked Pua to continue the abuse, and it was one of the most vicious beatings yet.

The encounter was so violent that Pua had cracked a dustbin on Annie’s shoulder.

Later that night, Annie was said to be groaning in pain and had urinated on the bed, unable to control her bladder. After the couple checked her blood pressure to be normal, they left her alone.

But on Monday morning, they found her dead.

The couple did call the police, but they tried to conceal evidence by throwing away the top layers of the shrink wrap roll they used to beat her with.

They initially told the police that she had committed suicide. Later, they blamed her intellectual impairment for her death, saying she fell and landed badly on her buttocks. According to official reports, Annie died from multiple injuries.

Reports do not say if she has family. What will happen to the people who abused and killed her?

Reports say that Deputy Public Prosecutors April Phang and Claire Poh asked Justice Hoo Sheau Peng to sentence Tan to 15 years in jail, and for Pua to be given 14 years’ jail and 12 strokes of the cane.

The prosecution stated that the abuse by the couple was “deliberate, planned and systematic,” which meant that they really wanted to harm Annie in such a way that she would feel as much pain as possible.

In addition to using deceit to cover up their crimes, an aggravating factor was that they deprived Annie of timely medical treatment, probably for their own safety. Since Annie had low IQ, she would not think to get help for herself or think that she did not deserve the beatings.

The couple, who were represented by lawyer Josephus Tan of Invictus Law, will be sentenced on Friday (1 December). Foreign workers are on TikTok, calling girlfriends, have food tasting in quarantine

Foreign workers show off their dance moves, meals, accommodations, and facilities at several dormitories and camps opened for…
byDanielle Ann

One man’s meat is another man’s poison; Singapore’s breakfast porridge is apparently “kitchen sink” scraps to a white…
byAngeline Rodriguez