StarHub and TVB celebrated 25 years of partnership with the conclusion of the eighth StarHub TVB Awards. On a night which commemorated past achievements and looked forward to the future with a new generation of stars, Wayne Lai and Nancy Sit were conferred the 25th Anniversary Most Popular TVB Drama Male and Female Character awards for their timeless portrayals of iconic TV characters. Despite the strong competition, the 25th Anniversary Most Popular TVB Drama Male Character award was given to Wayne Lai for his role as a mistreated yet fiercely loyal coolie Chai Kau in the 2009 smash hit Rosy Business.

The character earned Wayne Lai several acting awards and propelled him into top ranks within TVB. The name Hao Yi is synonymous with Nancy Sit and the household name snagged the 25th Anniversary Most Popular TVB Drama Female Character award for her part as Leung Yun Ho in one of the longest running TVB series A Kindred Spirit.

For the first time ever, the race for the biggest winner at the StarHub TVB Awards ended in a two-way tie with The Unholy Alliance and Legal Mavericks sharing the honours. Following the impressive performance of A Fist Within Four Walls at last year’s Awards, producer Jazz Boon returned with the same cast to create another massive hit in The Unholy Alliance which secured the biggest award of the night, My Favourite TVB Drama award. Ruco Chan and Joel Chan also received the My Favourite TVB Male Character award for their roles in the series. Nancy Wu and Elaine Yiu rounded up the night for The Unholy Alliance with their wins of the My

This year marks Vincent Wong’s first win of the highly-coveted My Favourite TVB Actor award, cementing his leading man status in TVB with his convincing portrayal of a blind lawyer in Legal Mavericks earning the recognition of both critics and audiences.

Defeating hot favourites Jessica Hsuan and Nancy Wu, Ali Lee’s portrayal of a headstrong, righteous and insubordinate judge earned her an inaugural win of the My Favourite TVB Actress award. The leading actresses in Legal Mavericks Sisley Choi and Tracy Chu were both awarded the My Favourite TVB Female Character Award. Edging out keen competition, rising TVB actor Owen Cheung earned the My Favourite TVB Supporting Actor award for his role as maimed private detective Gogo in the same drama. Vincent Wong then nabbed his second award of the night with Natalie Tong when they received the My Favourite TVB On-Screen Couple award for the roles as Saving and Cherry in My Unfair Lady.

Jacqueline Wong scored the only win for Provocateur with the My Favourite TVB Supporting Actress award for her performance as a strong-willed go-getter tasked with steering her family’s business. Brian Tse and Roxanne Tong bagged the TVB New Artiste awards while the TVB Most Improved Artiste awards went to Matthew Ho and Samantha Ko.

With the win from last year, Matthew Ho is winning praise for his acting chops especially in A General, A Scholar and A Eunuch where he plays a mild-mannered eunuch equipped with incredible cooking skills. Rising starlet Samantha Ko’s stellar performances in Bet Hur and My Unfair Lady have also left a lasting impression on viewers and affirmed her status as an up-and-coming actress. Who hosted and performed? When and where can you watch the awards show? Keio Plaza Hotel Tokyo is proud to announce the strengthening of its collaborative relationship with Sanrio Co., Ltd.…
byIrone Kim 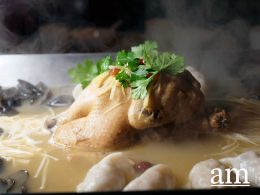 [Review] Must-tries from TungLok Teahouse and Lao Beijing, both at Novena Square 2

If you are a fan of classic yet modern Chinese dishes, Square 2 at Novena is where you’ll…
byStaff Writer

HUAWEI FreeBuds 3 – because having a smartphone is not enough, you need intelligent sound as well 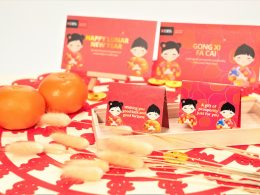