In a photo leaked online, Tony Fernandes, 53 years old and founder of AirAsia, can be seen next to his bride, a Korean woman named Chloe, on their wedding day over the weekend. Reports vary as to her age, with some saying she is as young as 20 years old.

Tony Fernandes is the founder of AirAsia and Tune.

According to reports, Tony and his bride requested not to have any photos leaked to social media, but as events turned out, this was not the case.

In the photo that has been all over the internet, you’ll see Tony in a blue-accented suit next to his wife, who is wearing a white, off-shoulder wedding gown.

Reports say that the wedding happened in Cote d’Azur, France at Cap Estel. That’s on the beautiful French Riviera.

A few hours after the photo was leaked, a wedding video that seems to have been taken by a guest has been leaked as well. Take a look at the video below:

In the video, you can see the bride and groom enter the wedding reception while a song is being played. The singer, American R & B artist Eric Benet is heard to be belting out “The Last Time.”

Tony appears to be quite happy and presents his wife, who is wearing a different gown from the one in the first leaked photo.

From the video, the guests may be seen to wear mostly black. The video above lasts only for a minute and half.

According to various reports, the AirAsia CEO and his wife, whose last name eludes the press, have been dating for two years. Her last name is kept a secret and known only to friends and family.

In Korean culture, they are given or even adopt their own Western name. It is not known what her Korean name is.

Unconfirmed reports say she is an actress.

As of today, Forbes reports that Tony is worth US $ 345 million.

New Straits Times reported that at the private wedding and dinner, in attendance were family members, close friends and top officials from AirAsia, including AirAsia chairman and Tune Group chief executive Kamarudin Meranun.

The Star also added that CIMB Group chairman and brother of Malaysian Prime Minister Najib Razak, Nazir Razak, was the best man. The former deputy prime minister of Malaysia, Tun Musa Hitam was also in attendance, according to reports.

Tony has been married before and has two children. His daughter, Stephanie, graduated from college in 2015 after attending Durham College.

Here’s what netizens have to say about the wedding

Tony Fernandes is basically the corporate face of AirAsia. He is active on social media–which is why a lot of netizens reacted to the wedding. Here are some of the comments:

Some mentioned true love despite the huge age gap.

Others were quick to point out Tony’s fortune.

Others speculated about the bride and mentioned some South Korean cultural issues.

Some likened the wedding to the recent Tracy Lee and Ben Goi nuptials. The latter is the son of multi-billionaire “Popiah King”, Sam Goi who is even richer than Tony Fernandez.

The recent wedding of another billionaire offspring, Kim Lim, the daughter of multi-billionaire Peter Lim, was also mentioned. Sadly, the racists came out of the woodwork too. We think the disgruntled ones are mostly just ultimate keyboard warriors who have problem finding love in the real social world. Watch a live broadcast of creepy dolls—if you can

Japan has a unique way in welcoming the New Year. One might climb the steps of Mt. Fuji…
byIrone Kim Backstreet Boys to hold Singapore concert on October 21, one night only in Asia

Backstreet’s, back all right! One of the best-selling boy bands of all time, Backstreet Boys, will take over…
byStaff Writer 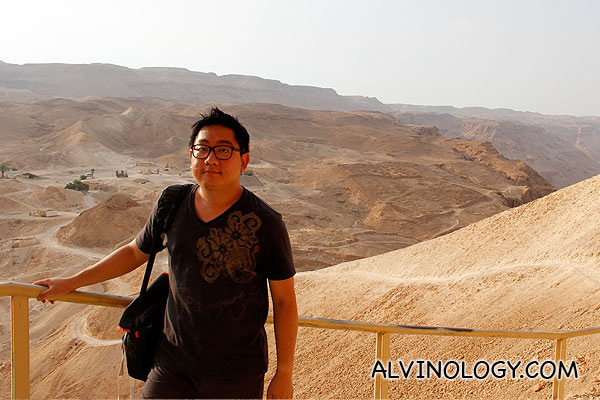 After all the hard work in the morning, digging for ancient treasures and climbing through tunnels, we visited…
byalvinology
Hello. Add your message here.
See how Snapask has been helping out over 3 million students around the world. Find a perfect plan