If you visited Raffles City shopping centre recently, you would have seen the over 80 Marvin the Martian on display there. The Marvin Funko figurines were sent to various celebrities and prominent figures across Asia to design and auction off for charity. Alvinology is very honoured to be among one of the invited designers.

Asia renowned musicians, designers, artists, influencers and personalities are invited to join this program to unleash their infinite creativity and be inspired to make the world a better place. As part of the Get Animated Invasion program, invited artists get to add our creative touch and let our imagination run wild, by turning blank Marvin Funko figure into a work of art.

You can support them and also support Alvinology by bidding for my design – “Marvin Dreams of Singapore”:

I had fun designing and colouring this Marvy Funko Dorbz over the New Year weekend with my son Asher. Thanks @warnerbrossg for the opportunity to be part of their Get Animated Invasion charity initiative! Details coming soon on Alvinology.com. Scroll for a preview of our final design. #marvy #warnerbros #loonytoons #makeawishfoundation

I had a lot of fun designing my Marvin figurine together with my son Asher. I haven’t been drawing for a while and it was a great way to get started again while teaching my son about the design process. Asher was very enthusiastic when I asked him to help me with the painting.

This is my inspiration for the design:

“Marvin Blank came to Singapore, drank too much Singapore Slings and had couldn’t shake Singapore out of his head. His Singapore memories are etched on to his helmet as a result and he becomes Marvin Dreams of Singapore. The design was deliberately done in such a way that I could get my son involved in painting the body portion while I drew the more intricate designs on the helmet. With our father and son effort, we hope to introduce some iconic images of Singapore to Marvin.”

If you don’t like my design, there are lots of others which you can bid for including those designed by truly A-list celebrities like Aaron Kwok and Carina Lau. From Singapore, participating celebrities include celebrity couple Fann Wong and Christopher Lee, twin sisters Hayley and Jayley Woo, Li Nanxing and Mark Lee among others. Regardless of whose figurine you bid for, it’s still for a charitable cause.

Thank you for your generosity! 🙂 On the heels of the massive data leak of HIV positive statuses of 14,200 individuals living in Singapore,…
byDanielle Ann

How to get your hands on Google Wi-Fi in Singapore

Google has launched Google Wi-Fi in Singapore, in partnership with telco operator, StarHub. We are the first country…
byStaff Writer 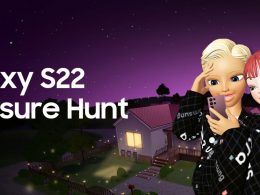