Asia renowned musicians, designers, artists, influencers and personalities are invited to join this program to unleash their infinite creativity and be inspired to make the world a better place. As part of the Get Animated Invasion program, these artists are adding their creative touch and letting their imagination run wild, by turning blank Marvin Funko figure into a work of art. Warner Bros. also offers various experiential pop-ups peppered throughout the exhibition. From Bugs Bunny to Scooby-Doo and Tom and Jerry, catch your favourite famed characters as you weave in and out of the cartoon realm through each AR (Augmented Reality) installations.

Held on 13 Feb 2019, the opening event will see a get-together of popular celebrities and famous artists such as Fann Wong, Li Nanxing, Mark Lee, Nick Shen, Little Miss Bento and more. These individuals are not only gracing the event, but they have also personally designed their own Marvin the Martian.

In addition, a series of Get Animated exclusive merchandises will also be available in the pop-up stores during the exhibition. Well-known artists from around the world such as Eric So, Pat Lee, Pucky reimaging Warner Bros.’ famed cartoon characters. Limited edition products featuring these art pieces will be available for sale at the pop-up store. An extensive range of Warner Bros. Consumer Products merchandise including limited-edition will also be available for purchase at the pop-up store located at Raffles City Singapore, Level 1 Garden Court throughout the campaign period.

To recreate cartoon characters of Get Animated classic series familiar to the public, such as Bugs Bunny, Tweety, Daffy Duck etc., turning them into stunning fashion cartoon characters with trendy visual impression catering to the young demographic.

A Get Animated Invasion tote bag, specially created for and exclusively available at the Asia tour, will also be available for sale at the pop-up store during the campaign period. Profits from the sale of the tote bags will also be donated to Make-A-Wish International.

100% of the proceeds are going to support Make-A-Wish International charity foundation in granting the wishes of children aged between 3 to 18 with life-threatening medical conditions. Superheroes in Singapore You are Summoned by The Avengers

Avengers fans, the wait is over! Here’s your chance to experience the impressive world of the Avengers at…
byClaudia Lim 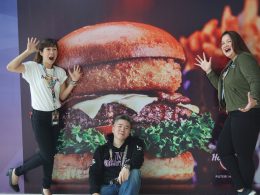 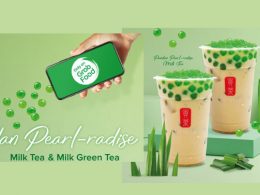 Fans of all things Pandan are in for a treat as Gong Cha launches a new topping, the…
byIrone Kim
We are now on Telegram with daily deals and giveaways! Click and join our channel. It's FREE!
See how Snapask has been helping out over 3 million students around the world. Find a perfect plan