He’s a regular electoral candidate who appeared at past election events usually accompanied by his pet parrot.

In the past six months, the management of the mall has called the police more than 30 times about “Parrot Man” disguising as a cripple to sell tissue packets at the underground pedestrian walkway linking Ngee Ann City and Wisma Atria shopping centres.

Spotted in a wheelchair with his parrot, whenever he sets up at the narrow underground pedestrian walkway, the mall’s security would call the police to get him to leave but he keeps returning, TODAY said.

The management has put up a notice along the walkway that reads: “Please do not donate any more to me. I am capable person that can walk and ride bike.”

The poster also showed photos of Mr Zeng including a photo of him riding a bike and spotted standing at an Automated Teller Machine (ATM).

A post shared by SINGAPORE ON PUBLIC NOTICE (@publicnoticesg)

The general manager of the Ngee Ann City, Eric Chan, told TODAY that Mr Zeng “persistently situates himself at the underpass during the evening peak period arriving at timings between 5pm and 7pm, blocking the already-congested walkway.

He poses a “security concern”, Mr Chan told the media.

About the poster, Mr Chan told local media that: “We put up the notice to inform the public that this person is not a true beggar… He pretends to be handicapped, sitting on a wheelchair, and putting a cloth over his leg, but he can walk. When he leaves, he will just stand up and push his wheelchair.”

Mr Zeng told TODAY that the management was selfish and jealous of him receiving money from the shoppers.

He also added that the management has no right to send him away as the underground pedestrian walkway is a common area.

“Their doors at night would close at 10pm, so I am outside the gates,” he told TODAY.

“But (the management) told the police a lot of nonsense, saying I am begging for money, selling tissue paper,” he added.

In 2014, Mr Zeng was diagnosed with nose cancer and underwent surgery that left a gaping hole in his face where his nose used to be.

TODAY said police reports have been lodged and investigations are ongoing. Singapore Airlines has one of the best reputations in the world. Skytrax World Airline Awards considered our flagship…
byDanielle Ann 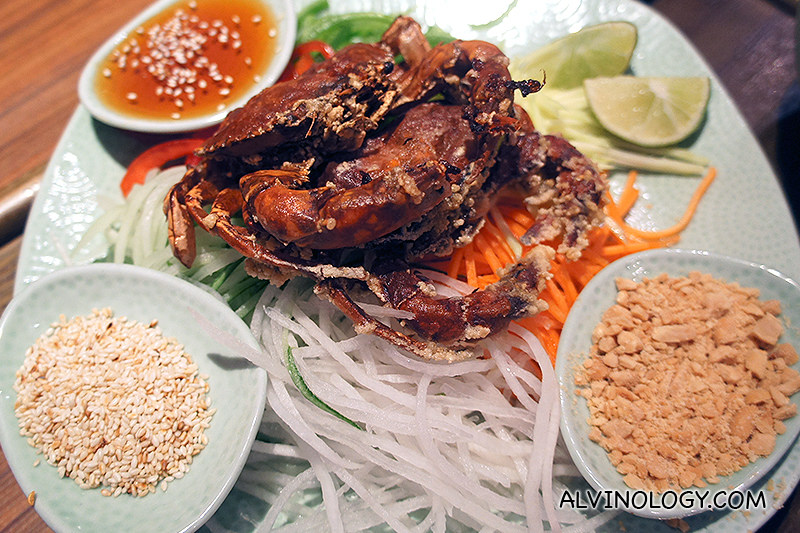 Salmon yusheng is already too mainstream. As such, Singapore’s homegrown thai restaurant chain, ThaiExpress, launched a Thai-style Soft…
byalvinology
Hello. Add your message here.
See how Snapask has been helping out over 3 million students around the world. Find a perfect plan