According to Twitter, their newest technologies have made using their platform safer compared to six months ago.

Twitter’s commitment to move faster to become safer started in January, when research was conducted to understand the issues more.

A range of product updates followed and Twitter’s Trust and Safety Council were then convened to gather feedback and help guide the project forward.

Here are some new data on the progress made, what has been learned, and future plans to continue improving the Twitter experience:

The company is now taking action on 10x the number of abusive accounts every day compared to the same time last year.

Twitter now also limits account functionality or places suspensions on thousands more abusive accounts each day. In the last four months alone, Twitter’s new systems have removed twice the number of accounts owned by repeat offenders who create new accounts after being suspended for violations. Teams at Twitter are continuing to review content daily and to improve policy enforcement.

Dealing with the actual abusive tweets and accounts

Accounts that demonstrate abusive behaviour are now limited for a time, and told why. Accounts that Twitter puts into this period of limited functionality generate 25% fewer abuse reports, and approximately 65% of these accounts are in this state just once.

Twitter has introduced new ways to customise people’s experience, including notification filters and muting keywords. The Quality Filter has led to fewer unwanted interactions: blocks after @mentions from people you don’t follow is down 40%. 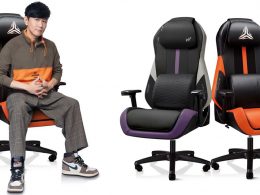 Looking for the perfect year-end getaway to end 2019? Here’s a list of captivating festivals and events just…
byIrone Kim