Here’s everything Huawei launched at Mobile World Congress 2019 – is that a foldable phone?

Here’s everything you need to know about these products:

Huawei launched the newly updated HUAWEI MateBook X Pro. It exhibits all the characteristics that define the flagship notebook: artistic design, innovation and intelligence, bringing the performance and all-scenario interconnectivity of the flagship notebook to the next level.

HUAWEI MateBook X features a CNC machined metallic unibody with a premium sandblasted finish that gives the exterior a smooth feel. It is equipped with a 13.9-inch 3K Ultra FullView display with 91 per cent screen-to-body ratio. Additionally, it supports 10-point multi-touch and the world’s first Finger Gestures Screenshot to give users a new, more intuitive way to interface with their devices. The new Matebook X Pro is powered by up to an 8th Generation Intel® Core™ i7 8565 processor and NVIDIA® GeForce® MX250 GPU with 2GB GDDR5. It also features broadband Wi-Fi, Bluetooth 5.0 and a more powerful Thunderbolt™ 3 port to support all-day productivity. Meanwhile, the Dolby Atmos® Sound System delivers an immersive cinematic experience no matter where users find themselves.

Screen recording is made easier too. By shaking the phone and tapping “PC HUAWEI Share” on the computer, a screen recording of the notebook will be sent to the smartphone. Huawei has also developed a proprietary Clipboard Sharing feature, which lets users share copied content from one device and paste it on another nearby device, sharing one synchronized clipboard.

HUAWEI MateBook 13 and HUAWEI MateBook 14 combine FullView displays with high performance, portability, build quality and stylish looks. These notebooks support intelligent interconnectivity between smart devices and PCs, redefining how devices can interact and connect with each other.

Both the HUAWEI MateBook 13 and HUAWEI MateBook 14 feature a stunning and portable FullView screen engineered to have a 3:2 productivity aspect ratio and a minimalized bezel display supporting 10-point multi-touch. Both notebooks support new convenience features like Fingers Gestures Screenshot, indicative of a consumer-first ethos. The HUAWEI MateBook 13 powered by up to the 8th Generation Intel® Core™ i7-8565U processor and the NVIDIA® GeForce® MX150 GPU and is equipped with the HUAWEI Shark Fin Fans 2.0 supporting higher fan speeds. It features a 3:2 FullView display with 10-point multi-touch option and a screen-to-body ratio of 88 per cent. Huawei’s very own foldable phone. The HUAWEI Mate X combines 5G, foldable screen, AI and an all-new mode of interfacing and brings forth a new breed of smartphone. The 2-in-1 smartphone and tablet feature a flexible OLED panel, a Falcon Wing Mechanical Hinge, and a new Interstellar Blue colour wave. 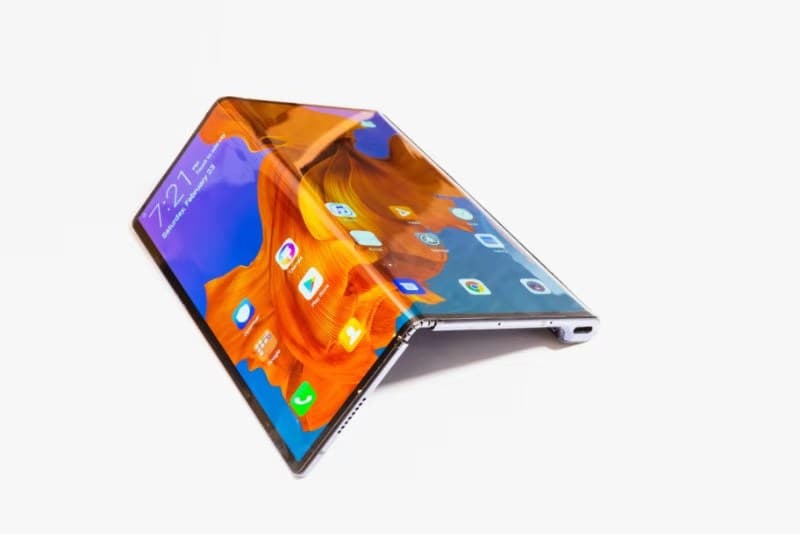 The HUAWEI Mate X is the world’s fastest 5G modem chipset, Balong 5000, combine to deliver a new mode of interfacing, in which the large-screen experience and portability co-exist in harmony. A high-capacity 4,500mAh battery supporting HUAWEI SuperCharge is packed in HUAWEI Mate X, fulfilling the demand for greater battery performance in the 5G era.

Powered by Balong 5000, the Huawei 5G CPE Pro supports both 4G and 5G wireless connections, setting a new benchmark for home CPEs on a 5G network: a 1GB HD video clip can be downloaded within three seconds, and 8K video can be streamed smoothly without lag. In addition to homes, the Huawei 5G CPE Pro can also be used by small and medium-sized enterprises for super-fast broadband access. It also supports HUAWEI HiLink protocols, bringing smart homes into the 5G era. Richard Yu, CEO of Huawei CBG said, “To support the hyperconnected 5G period, Huawei Consumer BG remains committed to the all-scenario smart ecosystem strategy. We will spare no effort to drive pervasive connectivity to individuals, office and homes, and create a world-leading 5G all-scenario smart living experience that is unlike anything that has come before.”

Huawei is the only manufacturer with a full range of end-to-end 5G product, covering chipsets, edge and cloud services. The brand is committed to enriching the connectivity experiences in 5G use cases. 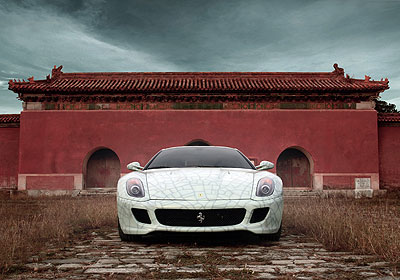 Via CLing. I am not much of a car fanatic, but this one-off version of the Ferrari 599…
byalvinology Book flights, hotel rooms, restaurants and event tickets all in one mobile app released first to Singaporeans–all thanks to Visa

If finding the best app for travel, restaurants and shopping is complicated, Visa just made everything easier for…
byStaff Writer Pets offer up to their owners unconditional love–so when the owner or the pet passes away, a tragedy…
byDanielle Ann